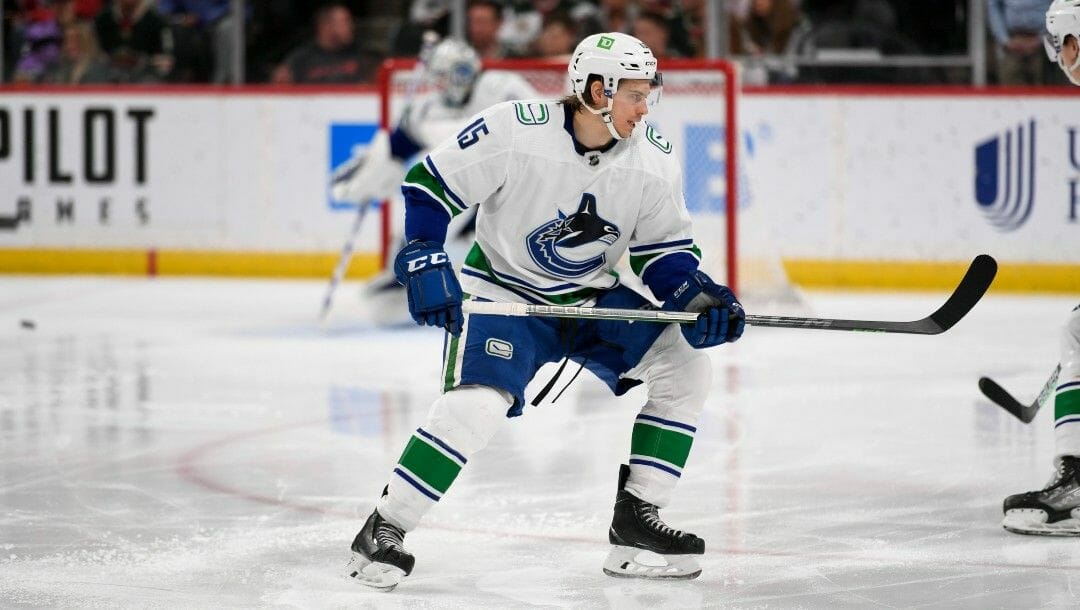 It’s the final night of the regular season so after Friday NHL betting will be all about the playoffs.

The Edmonton Oilers coaching change paid off. Connor McDavid and Co. went from out of the playoffs to second in the Pacific Division, guaranteeing home-ice advantage for their first-round matchup against the Los Angeles Kings.

With nothing on the line Friday, I could see them restrict their top players’ minutes, if not sit them altogether. That could impact their scoring ability as they take on a Vancouver Canucks squad overachieving relative to their offensive metrics to end the season.

I expect goals to be at a premium in this Pacific Division battle.

Of course, the Canucks used a coaching change of their own to improve their circumstances partway through the season; however, they didn’t leave themselves enough runway to finish their charge up the standings. Consequently, Vancouver is on the outside of the playoff picture looking in.

They used a 7-2-1 run to get close to the playoffs and, in doing so, have set an unsustainable pace with their offense.

The Canucks have scored three or more goals in 11 straight games without any substantive increase to their underlying metrics. As such, they have elevated their shooting percentage to 14.6% over their 11-game sample, above their season-long average of 9.5%.

Thursday’s three-goal performance could have been their last of the season, as their shooting percentage starts to falter.

There’s a good chance that happens Friday against the Oilers.

Edmonton has been one of the best defensive teams under Jay Woodcroft, emphasizing structured play on their own end. They have given up more than eight quality chances just twice over their past 11 games, helping them limit eight of their opponents to two or fewer goals at five-on-five.

Edmonton also played their analytics cards appropriately with their goaltending. The Oilers saved primary goalie Mike Smith for the second night of a back-to-back, which should also facilitate Vancouver’s offensive regression.

The Oilers will continue to limit opponents in their defensive zone, while the Canucks offense could come up empty-handed in their regular-season finale.

I am anticipating a low-scoring game in Edmonton.