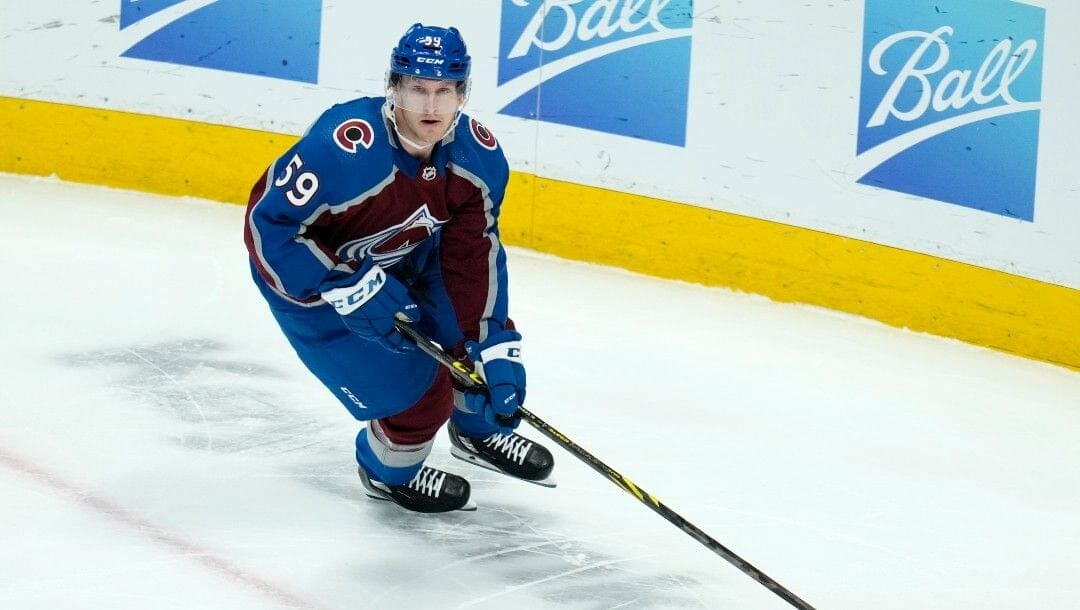 We’re at the point in the NHL regular season where many teams are now focused on their seeding for the Stanley Cup playoffs and bettering their Stanley Cup odds.

The Washington Capitals need to move up from the eighth seed, or they’ll have to play the Florida Panthers in the first round of the playoffs and the Colorado Avalanche are the closest measure of what that first round could look like.

The Avs have clinched first place in the Western Conference and are one of the only teams that can score like the Panthers.

Below are NHL betting picks and analysis for the Monday night matchup between the Capitals and Avalanche.

The Capitals are on quite a run, winning five of their past six games.

Washington’s previous game was an 8-4 win over the Montreal Canadiens, where Anthony Mantha had two goals and two assists. Alex Ovechkin also picked up his 47th goal of the season, as he looks for his ninth campaign with 50 or more goals, and leads the Caps in scoring with 86 points in 73 games.

Meanwhile, the Avalanche are looking for a 10th straight win. They’re coming off a 7-4 statement victory over the Carolina Hurricanes, where Nathan MacKinnon had two goals to give him nine goals and five assists in his past seven games.

Mikko Rantanen leads Colorado in scoring, with 36 goals and 55 assists in 72 games. Gabriel Landeskog is still out following knee surgery and won’t be back until the first round of the playoffs.

Washington is eighth in NHL scoring, averaging 3.40 goals per game, while Colorado is second with 3.87. The Capitals are weaker in their own end, sitting 15th in average goals against per game with 2.95, while the Avalanche are seventh with 2.73.

There’s no question that the Avs are the better side, but the Capitals are also a team on a roll. Colorado has put up some big scoring numbers and Washington has average defensive stats. With these two offenses, I am expecting a high-scoring affair.