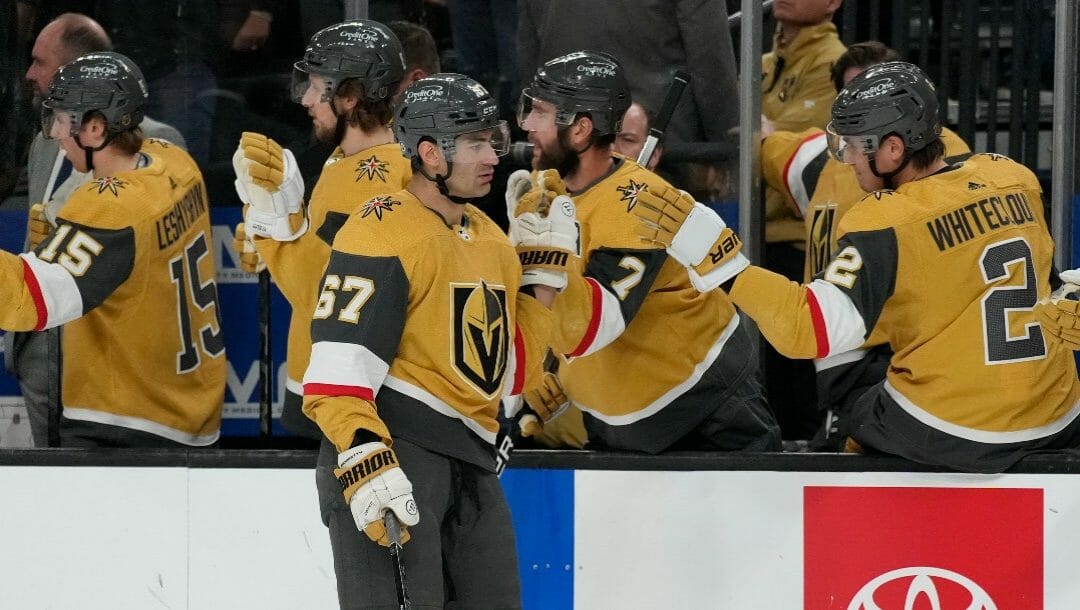 There are four NHL games scheduled for Wednesday, but that is plenty for NHL betting.

Losers of three of four, the Vegas Golden Knights’ playoff chances have taken a hit over the past week. Granted, one of their losses came in overtime, but they are sinking at a time when teams ahead of them in the standings are finding ways to win games.

The Knights continue their battle Wednesday as they host a Washington Capitals squad that has been getting outplayed and winning games, suggesting they are due for regression.

Here are our analysis and NHL betting picks for the matchup.

Despite the backlog of losses, Vegas continues to put together some dominant performances.

The Golden Knights have posted above-average expected goals-for ratings in 10 of their past 12 games, relying on strong offensive performances to dictate play. Over that 12-game sample, the Knights have attempted at least 11 high-danger chances in nine of those contests.

Similarly, they’ve out-possessed their opponents at five-on-five in nine of 12 while getting out-shot just once over that stretch. Vegas’ offensive output has taken a hit over their past couple of games, but I like them to get back on track tonight against Washington.

Ilya Samsonov is the projected starter and although he has an attractive 23-10-4 record, his metrics suggest that he’s not as good as his record indicates.

The Russian netminder has posted an 89.8% save percentage, including stopping just 78.8% of high-danger chances, while posting -10.3 goals saved above average.

That says nothing about the Caps’ metrics, as they’ve been outplayed in four of their past six, allowing 10 or more high-danger chances in all but two of those outings and out-chancing their opponents just twice over that span.

Washington’s season-long metrics are just a hair above average, with the team posting a 50.2% Corsi rating and 50.5% expected goals-for rating, ranking 15th in the league in both categories.

The Capitals don’t have a lot of metrics working in their favor right now and the Golden Knights are fighting for their playoff lives.

Vegas has put together some solid offensive performances recently that they can use to fend off the Caps in this non-conference matchup.