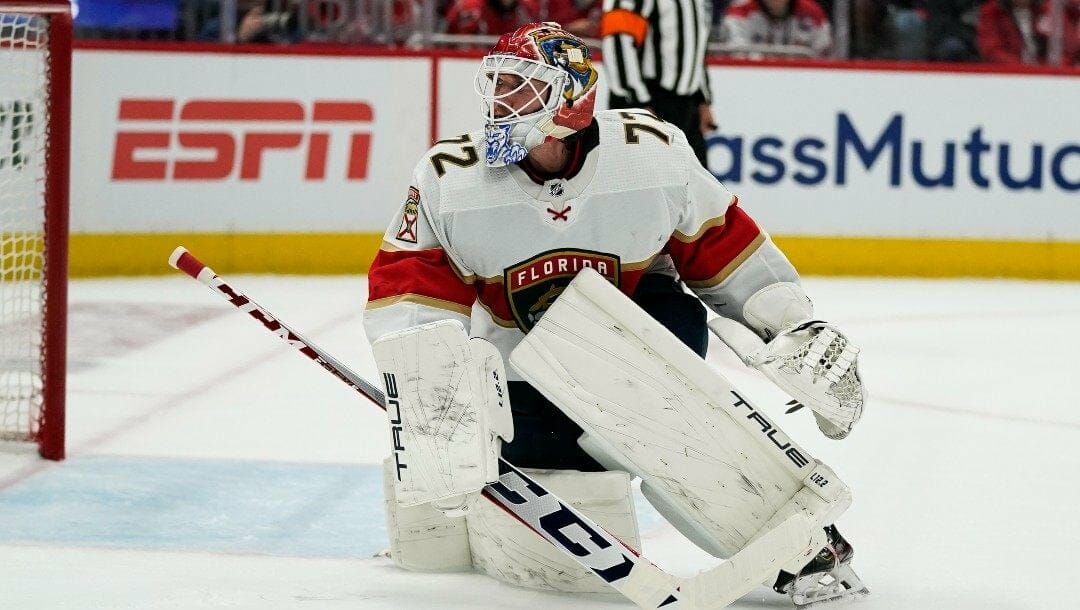 The Florida Panthers head home, having evened the series with the Washington Capitals at two games. Game 4 was both the lowest scoring in this series and the first to be decided in overtime.

Despite the series being tied at two, NHL playoffs odds still have them as the favorites to win the Eastern Conference at +300.

Below are NHL betting picks and analysis for Wednesday’s Game 5.

The Panthers faithful should still be a little concerned about the play of Sergei Bobrovsky. He allowed two goals on only 16 shots against in Game 4. However, if Florida can continue to limit the Capitals offense, they’ll be looking pretty good to finish the job.

Carter Verhaeghe scored two goals, one to tie the game in the first period and later the game-winner in overtime, while Sam Reinhart had the other goal for the Panthers to send it to the extra frame. Jonathan Huberdeau picked up an assist, his 19th career playoff point to become the franchise’s playoff leader.

Meanwhile, the Capitals opened Game 4 with a powerplay goal from T.J. Oshie. Evgeny Kuznetsov put them ahead for a second time in the third period, but Washington couldn’t close the door on Florida. Ilya Samsonov made 29 saves on 32 shots. Despite losing the game, he outplayed his counterpart, Bobrovsky, as the Capitals only managed half as many shots as Florida.

I don’t think I can bet against Florida in these next three games. Aside from goaltending, the Panthers are superior to the Capitals in every other aspect. After what I saw in Game 4, Florida has shown that they can tighten up on defense and still outproduce Washington on offense.

However, the Capitals puck line could be an interesting play if the Panthers are tightening up on defense these next few games (and I imagine both teams will). Expect Florida to win, but Washington should keep it close.