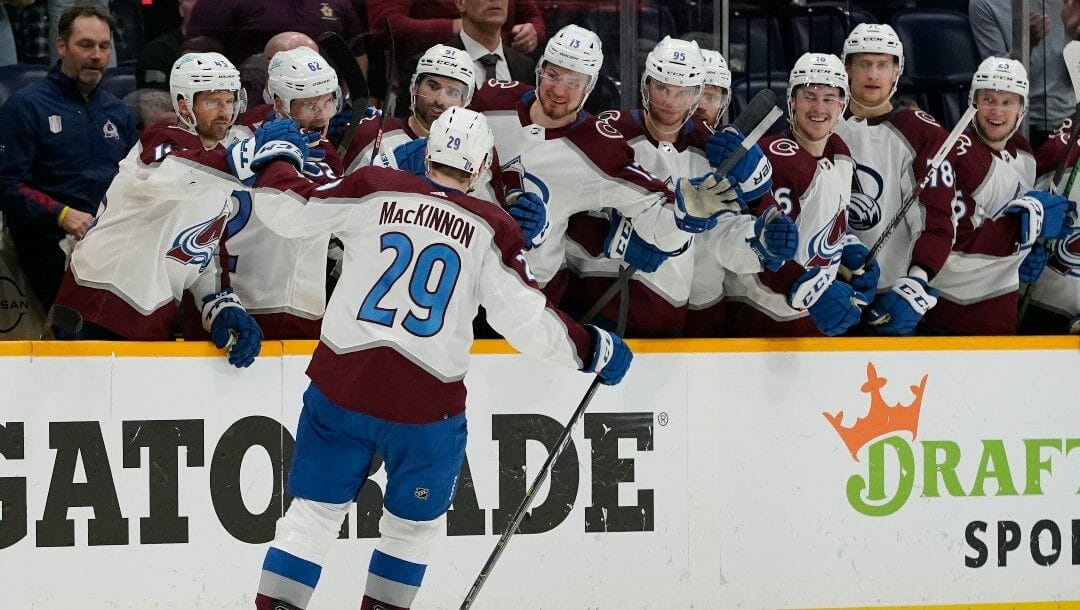 There were plenty of great performances in Round 1 of the Stanley Cup Playoffs, but Cale Makar and Nathan MacKinnon led the way by helping Colorado to a four-game sweep of the Nashville Predators.

Makar put up a dominant 10 points against the Predators, while MacKinnon registered five goals and one assist. This dynamic duo will have a lot to say as the playoffs continue and they are getting plenty of attention in the NHL betting market with the Conn Smythe.

The Avalanche won Game 1 over the St Louis Blues in Round 2 of the Stanley Cup Playoffs on Tuesday night and while the tandem combined for just one point, there’s no reason to believe that Makar and MacKinnon won’t continue traumatizing opposing goaltenders.

Both MacKinnon and Makar own the current top NHL odds to win the Conn Smythe this year at +550, with Aleksander Barkov of Florida having the third-best odds at +1200, followed by Connor McDavid of Edmonton at +1400.

Even with MacKinnon and Makar being part of the top-three highest players in the opening odds to win the Conn Smythe, they’ve had some big line movement, with MacKinnon beginning at +1400 and rising to +550, while Makar opened at +1600 and is now at +550 as well.

In terms of tickets, it shouldn’t be a big surprise after what we saw in Round 1 that MacKinnon and Makar are leading the way.

MacKinnon boasts the highest ticket percentage at 24.6%, followed by Makar at 17.3%, and Auston Matthews of the Toronto Maple Leafs at 6.9%, who were eliminated in Round 1 against Tampa Bay.

Jonathan Huberdeau finished the regular season with the second-most points in the NHL with 115, and he’s sitting with the fourth-highest ticket percentage at 2.5%, while Calgary Flames goalie Jacob Markstrom owns 2.3% of tickets.

Looking at the handle percentage, MacKinnon and Makar are both once against leading the charge, combining for 54.2% of the handle. MacKinnon currently owns 32.2% with the highest handle, followed by Makar at 22%.

One player worth keeping an eye on right now is Andrei Vasilevskiy of the Tampa Bay Lightning.

The goaltender shut the door in Game 7 during Round 1 against the Maple Leafs and we know what he’s capable of when the stakes get raised. He owns the fifth-best odds at +1600 while owning just 2.2% of tickets, and 1.4% of the handle.