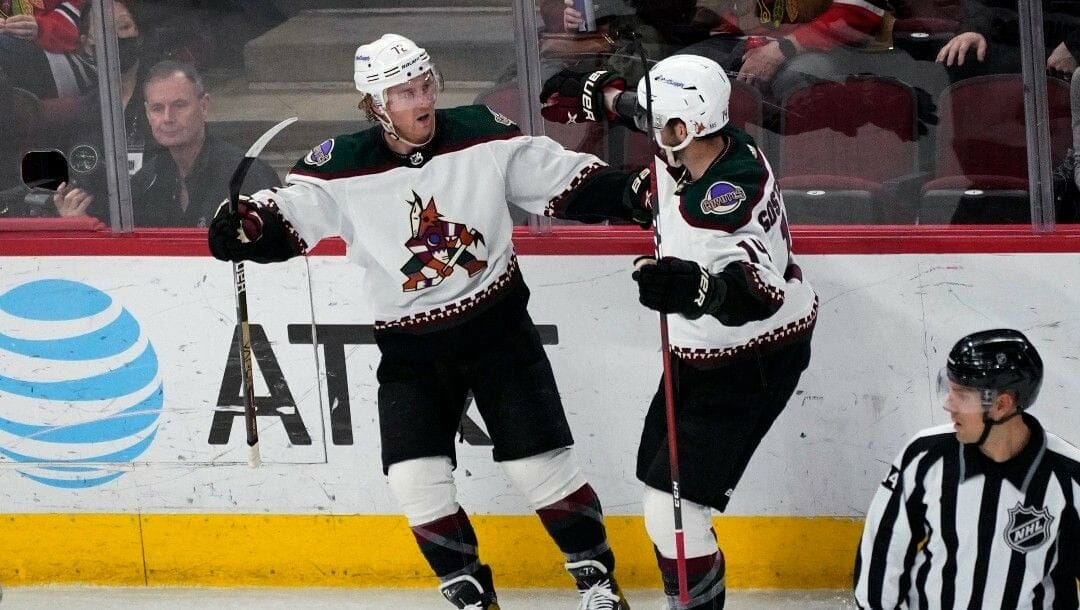 It’s a relatively quiet day in NHL betting with just four games, but it’s still worth taking a look at the NHL betting lines.

The Arizona Coyotes will play their second game in as many nights, looking to build off their win on Sunday, while the St. Louis Blues are tied for fourth in the Western Conference after winning three of their last four games.

Below are some analysis and NHL betting picks for the Monday night matchup.

The Coyotes have the distinction of being one of five NHL teams already eliminated from playoff contention. However, they’ve won two of their past three games after snapping a six-game skid, including an overtime win over the Chicago Blackhawks their last time on the ice.

Shayne Gostisbehere played the role of overtime hero, scoring his 11th goal of the year. Clayton Keller leads the Coyotes in scoring but his season was cut short after suffering a leg injury, which leaves Nick Schmaltz as the team’s current active leader with 20 goals and 28 assists.

Meanwhile, the Blues have quietly moved into a tie for fourth in the West.

St. Louis is coming off a 6-4 win over the Calgary Flames, where Robert Thomas had a goal and an assist. Jordan Kyrou’s breakout season has him leading the Blues in scoring with 22 goals and 40 assists. However, Kyrou has missed their previous three games and is listed as day-to-day with a non-COVID illness.

A couple of trends to watch are the over is 4-1 in Arizona’s past five games after allowing two or fewer goals in their previous outing and the over is 6-0 in St. Louis’s past six games following a win.

The Coyotes are playing the second game of a back-to-back and they’ve been running Karel Vejmelka out every night. He’s played the past eight games straight for them, so you would assume they’d give him the night off.

This game should be an easy win for the Blues, but the oddsmakers are spotting Arizona 2.5 goals on the puck line. As bad as the Coyotes are, they are capable of staying within two goals of the Blues.