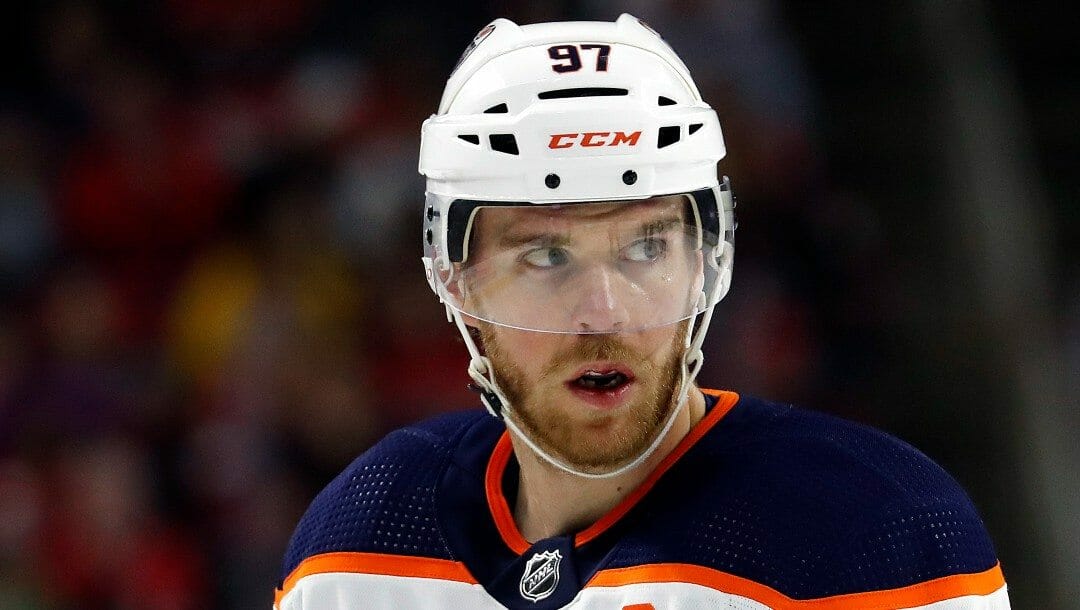 While much of the sports world is focused on NFL free agency and the NCAA tournament this week, it’s not a bad time to take part in some ice hockey betting.

The NHL has a loaded schedule on Tuesday with 11 games across the league and a few interesting NHL betting lines to potentially take a look at.

Here’s a look at one matchup that caught our eye — a struggling Detroit Red Wings team taking on the Edmonton Oilers.

The Detroit Red Wings are 11th in the Eastern Conference and have lost seven of their last eight games.

Coming off a 3-0 shutout loss to the Calgary Flames, they’ve allowed at least three goals in each of their past eight games. Dylan Larkin leads Detroit in scoring with 27 goals and 30 assists, however, most of the attention has been on rookies Lucas Raymond and Moritz Seider, as they are both favorites for the Calder Trophy.

At the other side, the Edmonton Oilers are sitting seventh in the West, even in points with the flailing Vegas Golden Knights.

The Oilers have won two in a row, including a 4-1 triumph over the Tampa Bay Lightning in their last game. Connor McDavid had two goals to reassert himself at the top of the NHL scoring race. His 32 goals and 51 assists have him tied for the NHL lead with Jonathan Huberdeau at 83 points.

Both teams allow their fair bit of opportunities for opposing squads, as the Oilers are 21st in opponent scoring, allowing 3.17 goals per game, while the Red Wings are 31st with 3.71.

One trend to watch is the over is 4-0 in the Red Wings’ past four games following a loss of three or more goals.

Both of these teams can open a game up in the offensive end and they’re both shaky in their defensive zones, which has the over in this one looking very tempting.

McDavid and Leon Draisaitl are still at the top of the scoring race and Detroit seemingly cannot keep the puck out of the net. The Red Wings are all gas and no breaks, so we expect them to answer back with offense at the expense of defense.

We’re hitting the over and the Oilers in this one.

In a groundbreaking agreement, we are thrilled to welcome @CMcDavid97 to the BetMGM family.