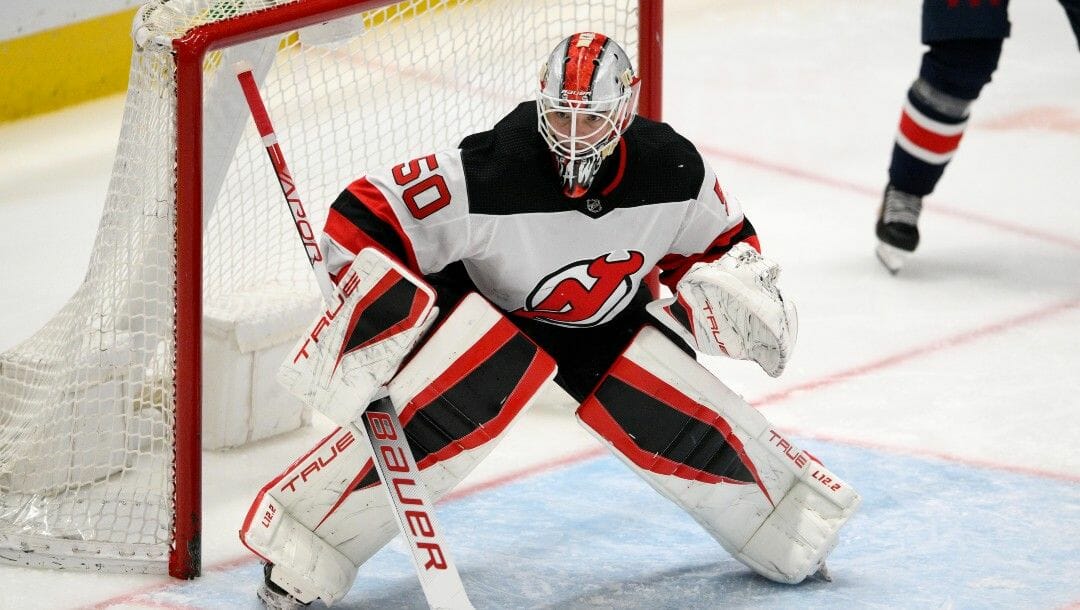 With only a few games left in the NHL regular season, ice hockey betting is heating up as the playoffs approach.

The New Jersey Devils deserve better than what they got out of the 2021-22 season but that’s because of a young roster. The team continues to grow and there are indicators that the Devils are due for a breakout campaign next season and will likely have better Stanley Cup odds at the start of next year.

Before they get there, they need to wrap up the current campaign and they can do so on a high note as they look forward to a brighter future.

The Devils match up well against the Boston Bruins when it comes to NHL betting in their Thursday matchup.

The Devils have been one of the biggest underachievers this season.

New Jersey’s 51.8% expected goals-for rating ranks 13th in the league. However, they’ve failed to live up to those standards by putting up the ninth-worst actual goals-for percentage at 44.9%.

They continue to outplay their opponents which is starting to lead to better results.

The Devils have wins in two of their past four games, covering the puck line against two of the NHL’s best teams in both losses. We’re seeing solid performances from New Jersey over that stretch, as they’ve outplayed three of their last four opponents with a cumulative 55.2% expected goals-for rating.

As the Devils’ value rises, we’re anticipating the Bruins to start to fall.

The B’s are on an impressive 13-3-1 run to get within striking distance of the second spot in the Atlantic Division and home-ice advantage in the first round of the playoffs. But their most recent effort could be a sign of things to come.

Boston has elevated their metrics beyond normal ranges over their past few games.

The Bruins are averaging 15.2 high-danger and 32.6 scoring opportunities over their past five, well above their season averages of 8.6 and 22.3, respectively.

The Bruins have put forth some remarkable, if not unsustainable efforts, and are due for a correction phase.

The Devils are oppositely aligned on the progression/regression spectrum and should have some puck luck to end the season. If the Devils can’t win, they should at least be able to keep it close.