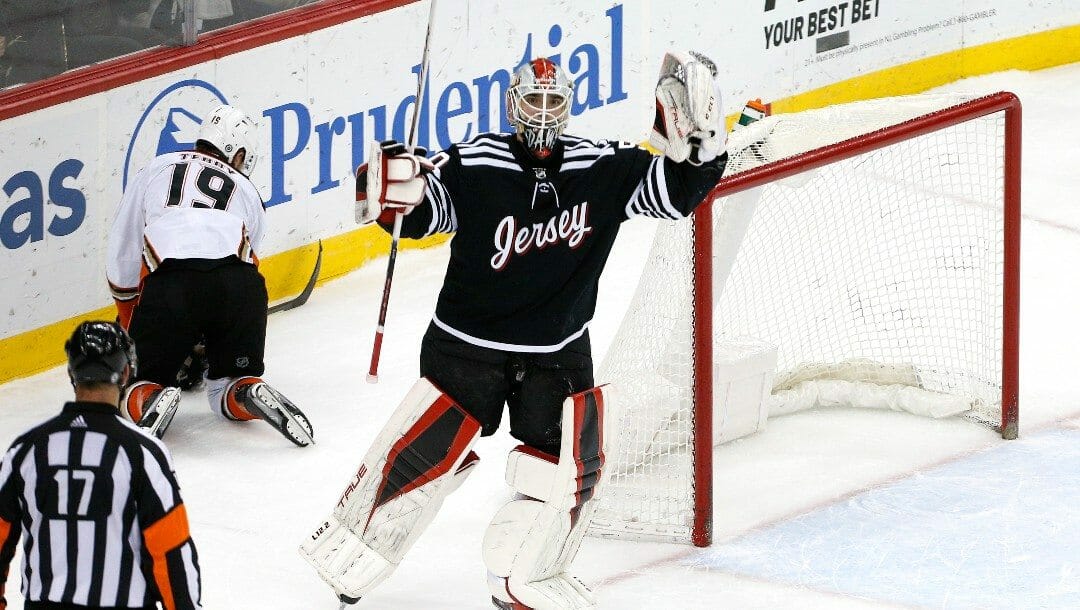 The majority of sports fans are focused on the NCAA tournament and college basketball betting odds, but the NHL has four games scheduled for Wednesday, giving hockey fans a chance at some ice hockey betting.

One of those games has the Flames hosting the Devils. Calgary will be looking to improve its NHL playoff odds, while the Devils are struggling this season with the second-worst record in the Metropolitan division.

The odds are stacked against the New Jersey Devils when they battle the Calgary Flames on Wednesday.

New Jersey enters the non-conference matchup as +260 underdogs. What’s cooked into that number? The Devils competing on the second night of a back-to-back against one of the best teams in the league.

The Devils were without Jonas Siegenthaler and then Pavel Zacha tonight in a 6-3 loss to the Canucks.@AmandaCStein reports. pic.twitter.com/ZeIUx0ql8F

However, we’ve seen some impressive things from New Jersey in its recent games, supporting the case that it is undervalued against the Flames.

The Devils have been efficient of late, outplaying their opponents in six straight games.

Cumulatively over that stretch, New Jersey has put up a 57.2 expected goals-for rating. Puck control and solid offensive showings drive their success, as the Devils have out-possessed five of their six opponents and averaged 12 high-danger among 31.5 scoring chances over that span.

Still, they have only three wins over that stretch and are due for puck luck as their outcomes should start to reflect their strong efforts.

There’s been no slowing the Flames down this season, as Calgary leads the Pacific division and sits with the second-best expected goals-for percentage at 5-on-5.

Yet, we’re seeing less assertive performances from the Flames over their recent sample, as they’ve been outplayed in four of their past eight. Fatigue could be factoring into their diminished efforts. Wednesday’s contest will be their sixth game in 10 nights and is part of a bigger eight games in 13 nights stretch.

Calgary’s insulated primary goalie Jacob Markstrom from an increased workload so far, but we’re anticipating regression from the veteran netminder over the coming games.

Markstrom has improved his save percentage in each of the past three outings, culminating with a shutout over the Detroit Red Wings last time out. The 32-year-old has a 94.5 save percentage over his past five and is at risk of regression as his save rate falls back to normal ranges.

The Flames are the better team, but the Devils have more supporting metrics working in their favor. Calgary is competing with scheduling and is undeserving of its steep price.

This spot is worth a gamble on the Devils.