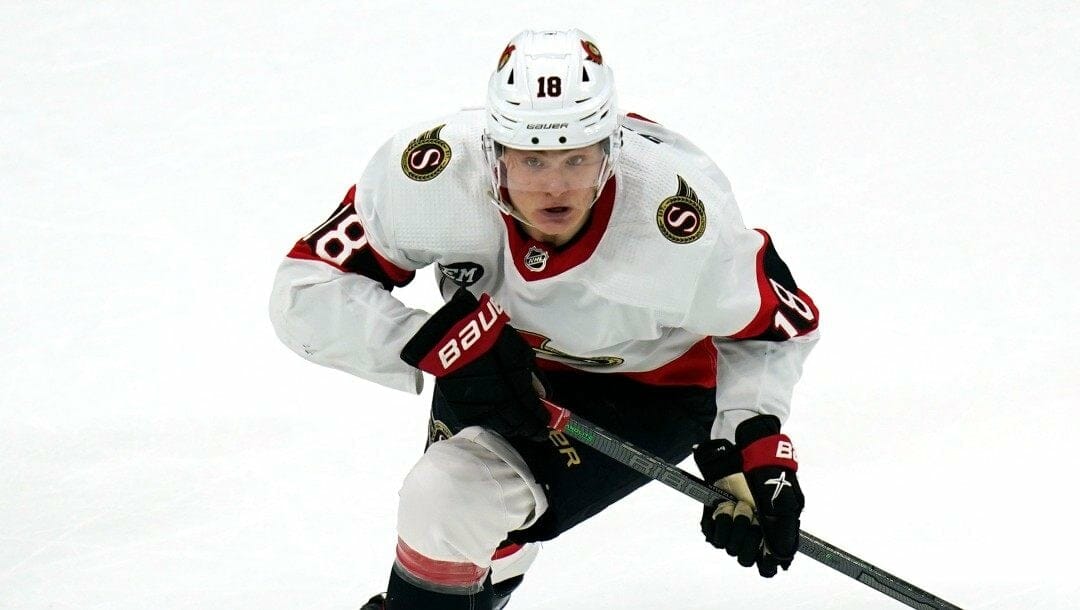 It’s a busy night Tuesday in the NHL with 13 games, including a number of playoff-clinching scenarios. This is great for NHL betting.

One of those games is the New Jersey Devils taking on the Ottawa Senators.

The Devils are reeling from three straight losses and are seven points back of the Senators. The Sens are riding high following three consecutive wins and have won both meetings against the Devils this season.

Below are NHL betting picks and analysis for the Tuesday night matchup.

The Devils have lost five of their past six games but did take two of those contests into overtime. But their last game was a 3-0 shutout loss to the Detroit Red Wings.

Jesper Bratt leads New Jersey with 25 goals and 45 assists, but its two young centers, Jack Hughes and Nico Hischier are right behind with 56 and 59 points. Unfortunately, Hischier missed their last game due to illness and Hughes is out for the remainder of the season with a knee injury.

Meanwhile, the Senators have found their groove a little too late for it to mean anything.

Out of the playoff picture, Ottawa has won five of its past seven games and is coming off a 6-4 win over the Montreal Canadiens where Mark Kastelic scored the first two goals of his NHL career. The Sens are led by Brady Tkachuk, who has 29 goals and 33 assists in 76 games.

If Hughes and Hischier were guaranteed to play for New Jersey, I might have a different perspective of the outcome. However, the Devils rely heavily on outscoring their opponents to get wins, as their goaltending has been suspect all season. Additionally, Ottawa is rolling right now and is looking to finish the season on a high.

It’s likely the Sens will come away with the win in this one.