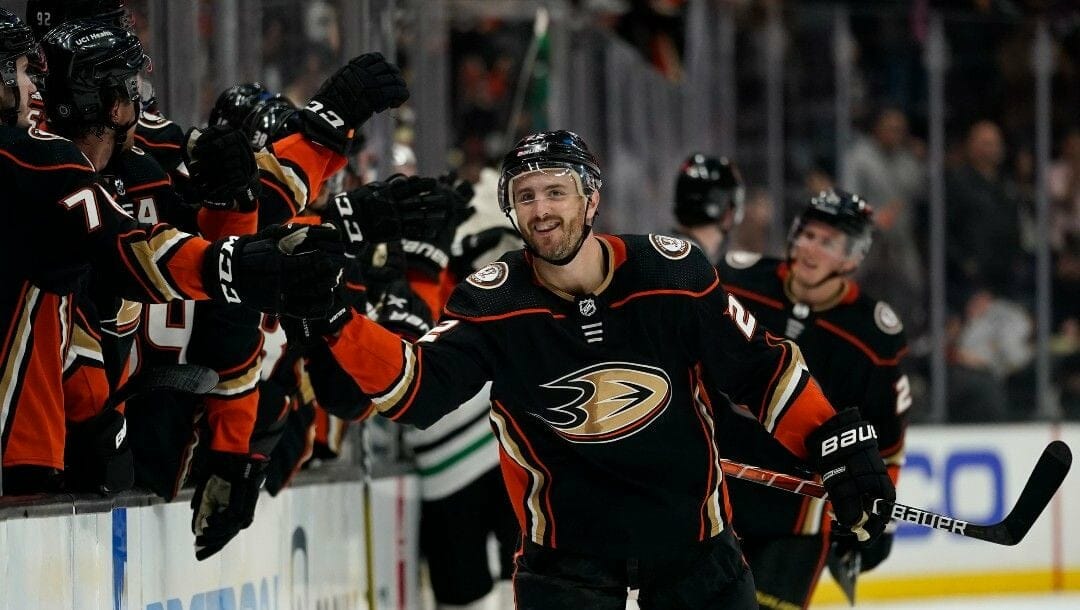 After a busy Thursday, there are seven more games scheduled for Friday. One NHL game is the Anaheim Ducks taking on the Arizona Coyotes.

The Ducks will be playing on the second night in a row when they travel to take on the Coyotes. Anaheim is all but eliminated from playoff contention (just look at their NHL playoff odds), sitting 13 points back of the final wild-card spot with 15 games to go.

Still, there’s a lot on the line for the Ducks as they look to snap out of their 11-game losing streak against one of the worst teams in the league.

Read on for some analysis on the game, which could help when making NHL betting picks.

Anaheim’s struggles are real, but they’ve turned things around over their recent sample, as their underlying metrics support that they should start churning out more wins.

Still, Anaheim has had no luck translating that to more goals, but we’re anticipating a solid showing against the Yotes.

The Ducks’ recent downturn has dropped their five-on-five shooting percentage down to 7.5%, seventh-worst in the league. That’s negatively impacting their PDO, dropping it to a fifth-worst 0.989.

Improved offensive metrics should lead to more scoring and their PDO should start to work back up towards average.

We also have to consider Arizona’s terrible defensive metrics.

The Coyotes have allowed 10 or more quality opportunities in all but one of their past 11 games. Those ineffective efforts have severely impacted their ability to compete, with the Coyotes posting expected goals-for ratings below 50% in all 11 contests.

The Ducks don’t have a single win to brag about over their recent stretch, but the advanced metrics support they are progression candidates to end the season.

Opposite of that, the Coyotes have collected nearly 20% of their wins on the season over their past 11 games, despite getting outplayed in every contest.