NHL Eastern Conference Betting: Who Are the Favorites? 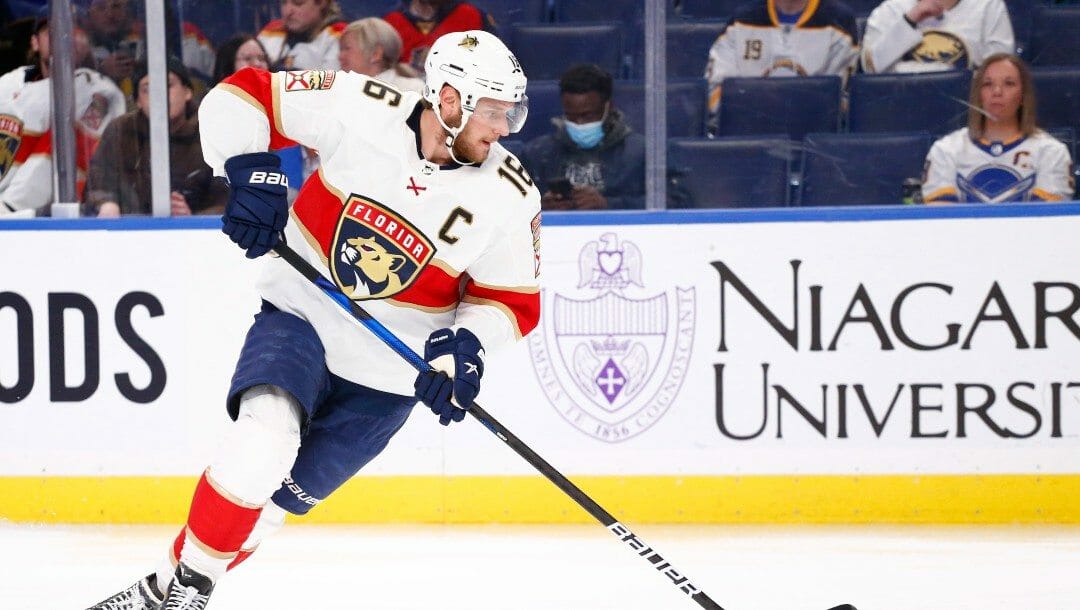 Even with the back-to-back Stanley Cup Champion Tampa Bay Lightning looking formidable, the race to represent the Eastern Conference in the Stanley Cup is wide open.

This is reflected in the NHL odds when it comes to winning the Eastern Conference.

Below are the top teams in terms of NHL betting odds to win the East.

The Panthers were expected to be a good team this season, but it’s hard to say that many people had them winning the Atlantic Division going into the 2021-22 campaign.

JONATHAN HUBERDEAU IS CRAZY FOR THIS ONE pic.twitter.com/hFoSNMvG2A

Is it possible that we’re undervaluing the Lightning in this spot?

The Lightning have been victorious in two straight seasons and they acquired Brandon Hagel, as well as Nick Paul at the trade deadline, which once again should add a complimentary energy line.

With Andrei Vasilevskiy in goal and Victor Hedman on the backend, you’d honestly be silly to doubt the Lightning at this point. With that being said, when does this powerhouse run out of gas?

The Carolina Hurricanes have been a very solid regular season team of late, but they’ve yet to be able to get over the playoff hump.

Frederik Andersen has been a nice addition for them in goal, but he doesn’t exactly boast a strong playoff track record, especially in decisive Game 7s.

Much like the Hurricanes, the Maple Leafs have been able to find a ton of regular-season success, but haven’t been able to break through once the stakes are elevated.

Auston Matthews has put forth a spectacular regular season and has already broken Toronto’s franchise single-season goals record. As long as Matthews is firing on all cylinders, the Leafs will be worth a strong look.

The Bruins continue to hang around in the race and every year at this time, we continue to wonder when they will falter and ask when will their aging core hit a wall? That has yet to happen and they still boast one of the top lines in hockey, who are a threat to score every time they hit the ice.

With the addition of defenseman Hampus Lindholm at the deadline, the Bruins stabilized their backend and have the ability to once again make a run.

Even with these five teams boasting the strongest resumes and cases to represent the Eastern Conference in the Stanley Cup, Igor Shesterkin and the New York Rangers may have something to say about that as they sit at +900.

As we’ve seen in the past, goaltending means a lot in the postseason and Shesterkin has had a tremendous year in goal for the Rangers which has him as the current heavy Vezina Trophy favorite.

The Rangers are currently bringing in 26.5% of the tickets and 29.1% of the handle, the most of any teams in the East.