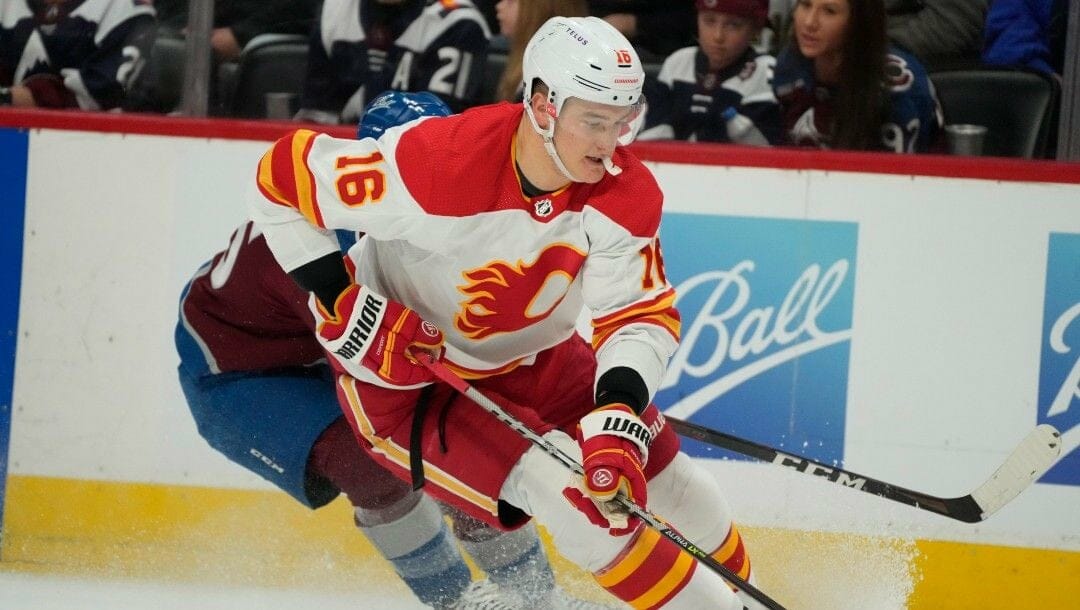 There are four games scheduled for Monday, which means a relatively slow night of NHL betting.

One of those matchups is the Calgary Flames taking on the Los Angeles Kings, which will have some impact on NHL playoff odds.

The Flames are one of the more dangerous teams in the Western Conference but have been struggling as of late, losing three straight. Meanwhile, the Kings currently sit in a tie for fourth in the West, but only five points separate fourth from ninth.

Below are a few NHL betting picks and analysis for the Monday night matchup.

The Flames are within striking distance of second place in the West, only two points back of the Minnesota Wild, but they’ve dropped their past three games, coming off a 6-4 loss to the St. Louis Blues, where Johnny Gaudreau added another goal to his season of resurgence. Gaudreau leads Calgary in scoring with 32 goals and 60 assists.

This season has been going so well for Gaudreau that he’s certainly in the Hart Trophy conversation. The Flames are dealing with an injury to Sean Monahan, who is out of the lineup due to season-ending hip surgery.

Meanwhile, the Kings have won two straight with their previous outing being a 3-2 win over the Winnipeg Jets where Adrian Kempe and Anze Kopitar each had a goal and an assist.

Kopitar leads the Kings in scoring with 18 goals and 41 assists, followed by Kempe’s 45 points. The Kings have a plethora of injuries, with seven players on the injured reserve, including top defenseman Drew Doughty.

Calgary is seventh in NHL scoring, averaging 3.47 goals per game and Los Angeles is 20th with 2.83. The Flames have been thriving on defense, sitting second in goals against per game with 2.50, while the Kings are ninth with 2.79.

The Kings have been playing well above expectation this season, as most pundits probably wouldn’t have picked them for a playoff spot, let alone a spot in the top five in the conference. However, the Flames are the better team and haven’t lost four straight since early January. Calgary has only lost four straight twice this season, so it’s unlikely to happen tonight.

This game could be a tight contest, but the Flames should be able to edge out the Kings.