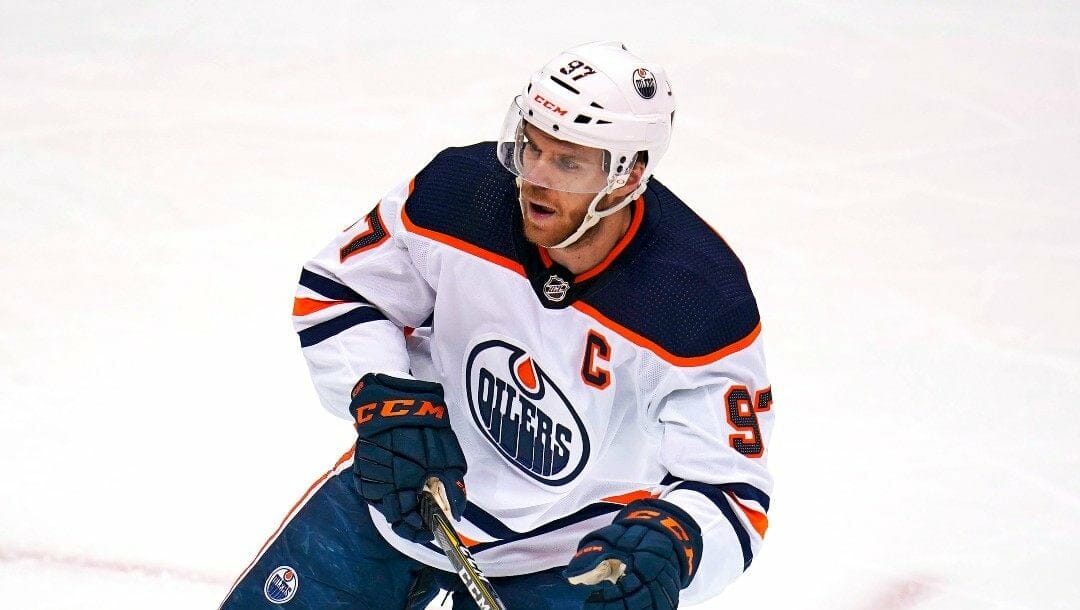 Game 3 was over before the puck dropped to start the third period, as the Oilers manhandled the Calgary Flames 4-1 on Sunday night.

Games 2 and 3 have transformed the NHL betting lines for this series, with the Oilers leapfrogging the Flames as favorites. Calgary is now +145 underdogs to prevail in the Battle of Alberta and the Oilers are -175 favorites.

Calgary, after allowing 15 goals in the first three games, has some serious, sobering issues to contend with if they’re going to overturn the series’ deficit.

Tuesday evening in Edmonton will mark the first time this postseason the Flames enter a game as underdogs, a stern reminder of how quickly a series can shift.

Everything about Game 3 went exceedingly well for the Oilers, who accomplished exactly what they intended.

No goals were scored in the opening period for the first time in the series. The Oilers, by scoring four goals in the middle stanza, certainly made up for the lack of offense in the first. Edmonton has 21 second-period goals in the playoffs, five more than the second-place New York Rangers.

Edmonton is 5-0 in the postseason when scoring first. What will be particularly disconcerting for the Flames coaching staff is seeing how comprehensively they were outplayed five-on-five, ordinarily one of the team’s strong suits.

The Flames were also undisciplined once more, giving the Oilers five power-play opportunities, one of which included a five-minute man advantage.

Unable to score on any of their man advantages, the Oilers showcased their superior five-on-five skating and ability to crisply and quickly move the puck into dangerous scoring positions.

Connor McDavid, who has nine points in the first three games, is having everything his own way. The Flames cannot find a way to slow down the world’s best player, let alone stop him.

McDavid assisted on two of Evander Kane’s three goals, which were scored in a six-minute span to put the Oilers out of reach.

This will be a short series if the Flames cannot at least find a way to make life more difficult for Edmonton’s first line, a lot of which depends on whether Chris Tanev is set for a return to the lineup.

The evidence of Calgary’s inability to slow down the Oilers’ first line without their top shutdown defenseman is piling up, a frightening prospect for Flames fans.

The third-best defensive team from the regular season and best from the opening round of the playoffs are currently in tatters and need either a major reset or Tanev’s return, preferably both.

It’s clear Calgary cannot outscore the Oilers in a gunslinger series, so trying to keep Edmonton’s prolific attack at bay will be the team’s main focus on Tuesday night. Thus far they’ve failed miserably in their attempts to do so.

Going into Game 4 on Tuesday night, the Flames know they can ill-afford to go down three games to one. With the entire season on the line, expect a bounce-back performance from Darryl Sutter’s team.

Otherwise, they can probably kiss their season goodbye. Take the Flames in a lower-scoring nailbiter.