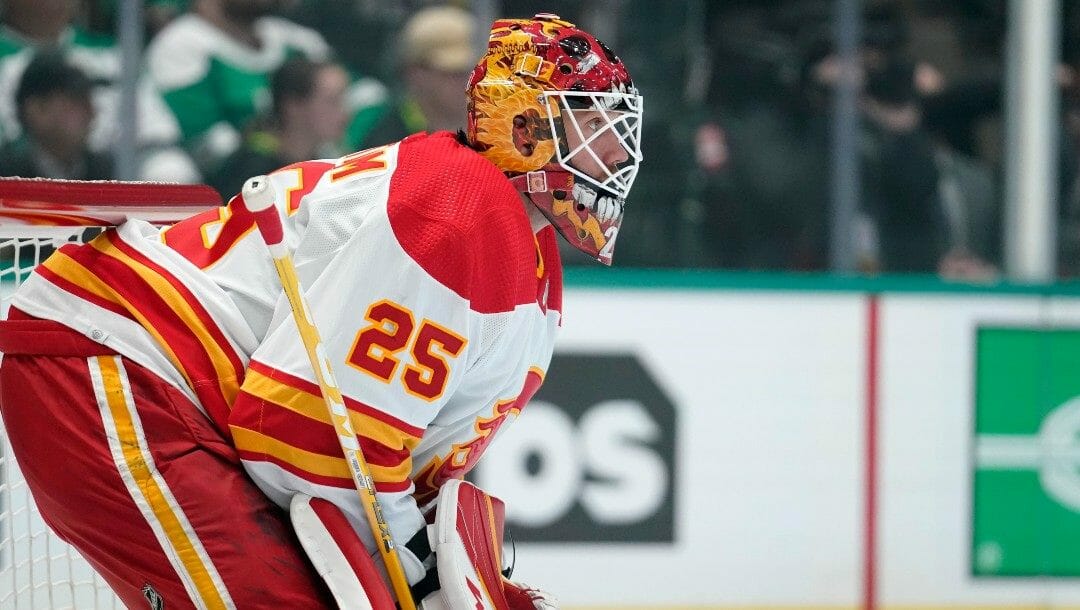 After an anemic first two periods, the Calgary Flames got their act together in the third for a 3-1 Game 5 win, pushing the Dallas Stars to the brink of elimination.

It was clear Calgary knew what was at stake going into the third period trailing by a goal. The Flames were a woeful 2-14-3 when trailing after two periods in the regular season, the worst record of all playoff teams.

Yet they overturned the one-goal deficit in emphatic fashion, outshooting the visiting Stars 16-5 in the final stanza. It was the second game in a row the Flames erupted for three third-period goals.

In Game 5 and for the first time in the series, the team that scored first lost. Dallas went ahead on a fortuitous bounce in the second period but couldn’t withstand Calgary’s third-period onslaught.

Don’t expect the same trend to continue in Game 6.

The tight-checking series will be even more hotly contested in a potentially decisive Game 6, making it hard to conceive of either team, in such a monumentally important encounter, overturning an early deficit.

The save-percentage gap between Jake Oettinger and Jacob Markstrom diminishes each game, with the Flames netminder set to surpass his Dallas counterpart with one more outstanding performance.

Based on the way Markstrom is seeing the puck, that seems like a foregone conclusion. Markstrom has a second-best 1.21 goals against average (GAA) and a third-best .952 save percentage.

Oettinger is third in GAA (1.63), a single spot behind Markstrom. The 23-year-old has a second-best .956 save percentage, a single spot ahead of the Flames’ Vezina candidate.

As was the narrative for most of the year in Calgary, Markstrom is the gatekeeper and holds the key to any prospective deep playoff run.

Continuously seeing the puck through dense and immovable traffic, the 32-year-old is dialed in, calm and, for a man who has never advanced past the second round, uncannily composed.

The Stars did an excellent job of frustrating Calgary and its fans for 40 minutes of Game 5’s cagey affair. If they play like that again in Game 6, they have every chance of extending the series to a seventh and decisive game.

However, Markstrom will have to play his worst game of the series for that to happen, an unlikely scenario.

Although the Flames are clearly not at their best, they scored three goals in the third period of Games 4 and 5 and are finding unconventional ways to win.

The Flames, even more forebodingly for the Stars, are much better on the road, evinced by their almost-flawless Game 4 victory and second-best regular season away record.

While Dallas will leave everything on the ice in Game 6, the Flames, thanks to Markstrom and their opportunistic nature on the road, should prevail and finally oust the resilient seventh seed.