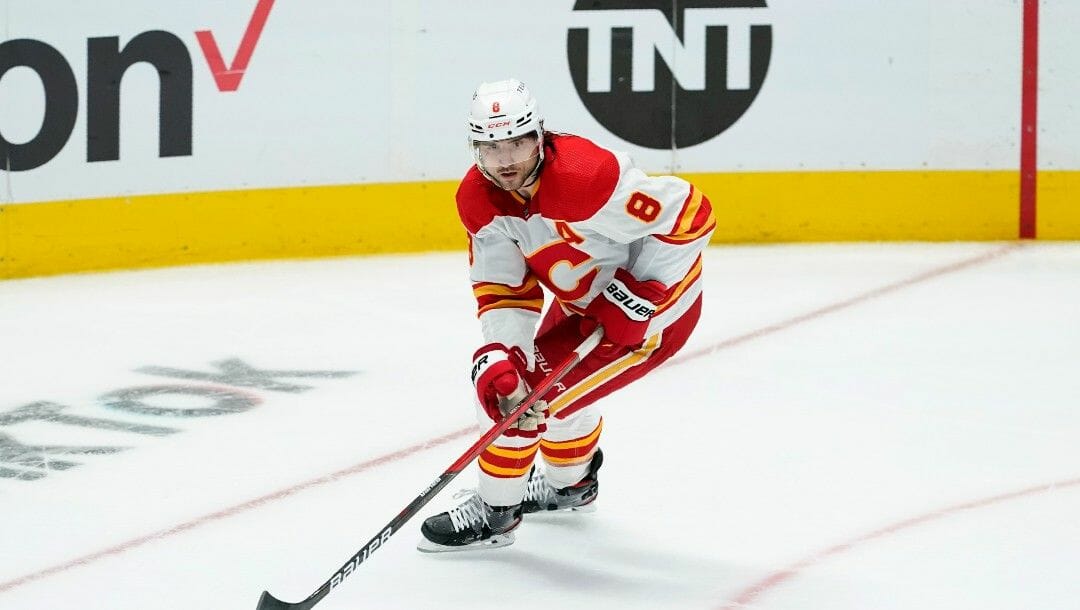 The Dallas Stars, thanks largely to Joe Pavelski and Jake Oettinger, edged the Calgary Flames 4-2 on Saturday to take a 2-1 series lead going into Monday’s Game 4.

NHL playoff odds had the Flames as striking -303 favorites and the Stars as +250 underdogs prior to the series’ commencement.

NHL betting lines have predictably shifted since, with the Flames holding on at -120 odds to their favorites’ status, while the Stars are still considered underdogs, albeit at a much slighter +100.

The Calgary vs. Dallas series is so far the most perplexing of all eight first-round series.

Calgary dominated almost every statistical category in the regular season. Dallas, however, had the clear advantage on one crucial element, which has thus far extended into the playoffs.

The Flames, for an elite regular-season team, were abysmal in tight contests, winning just 40% of one-goal games (10-4-11). That was the sixth-worst winning percentage in the league and second worst of all playoff teams.

While only one of the first three games was officially decided by a single goal, each encounter was a one-goal affair by all intents and purposes. Dallas scored empty-net goals to secure victory in both Games 2 and 3.

Dallas contrastingly excelled in one-goal games, winning the second most league-wide at a 70% clip. The Stars, who were involved in 40 one-goal games, are also more familiar playing in tightly contested affairs. And so far in this series it shows.

It doesn’t look like the Flames, by the way every inch of real estate was contested in the first three games, will have the luxury of winning by a wide margin against a resilient, well-drilled and organized Dallas side.

While Flames’ bench boss Darryl Sutter has made a living finding a way of prevailing in one-goal contests, this version of the Flames has become snakebitten at the worst possible time. Their scoring drought of 120:44 seconds spanning most of Game 1 and all of Game 2 was their longest all season.

Stars’ netminder Jake Oettinger, in his debut playoff series, is inflicting most of the damage. Calgary wasn’t nearly clinical enough in Games 1 and 2 and made life too easy for Dallas’ 23-year-old netminder. In the first two games, the Flames didn’t have a single high-danger shot.

The Flames peppered Oettinger and created three high-danger shots, but Oettinger was up to the markedly more difficult task. Calgary outshot Dallas 41-32 in Game 2 and played well enough to secure victory had it not been for Oettinger’s heroics.

Oettinger had an expected goals against in Game 3 of 3.23, but kept Calgary’s high-scoring offense almost completely at bay.

His stellar play combined with Calgary’s lack of cutting edge allowed Pavelski to remind the Flames of his ruthless nature. Pavelski scored the equalizer and second game-winner in a row to seal Calgary’s fate.

Discounting empty-net goals, the 37-year-old has three of Dallas’ four markers in the series.

Never has netting the first goal been more important, especially considering the tight-checking, defensive nature of this throwback showdown. The team that scores first has won each of the three games so far.

Unless Oettinger has another otherworldly outing, which isn’t a far-fetched notion, the Flames should eke out a Game 4 win and level the series at two going back to Calgary.

However, they’ll need to score the first goal and, countering proceedings thus far, get some hard-to-come-by puck luck.