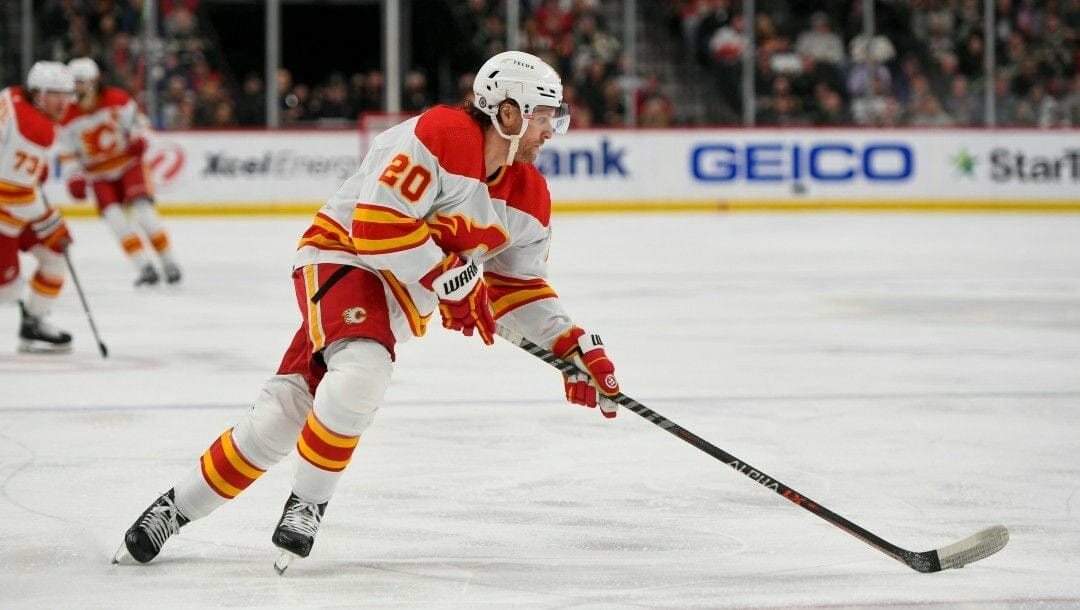 When the puck dropped on the 2021-22 NHL season, the Calgary Flames were expected to compete but not dominate as they have. The Flames claimed their second division title since 1995, moving from +4000 in Stanley Cup odds to the third-best odds at +700.

They’ll have to validate that move up the futures board with a Western Conference quarterfinals series win against the Dallas Stars. The Stars went on a run to end the season, claiming the first wild card berth in the conference, but it may have all been for naught as they meet their inevitable demise against the Flames.

The Stars deserve some respect for getting into the first wild card position, as they were projected to miss the postseason last month, sitting behind the Vegas Golden Knights in NHL playoff odds.

Dallas used a victory in their regular-season finale to leapfrog the Nashville Predators, setting up this series with the Flames. Although the Stars avoided the Colorado Avalanche, they aren’t in much better of a position against the Pacific Division winners.

Calgary has been one of the best analytics teams throughout the season and that’s reflected in their outcomes. The Flames established the fourth-highest expected goals-for rating at five-on-five, putting up some of the best metrics on both ends of the ice, ending the year with the sixth-best points percentage.

The Flames were just as proficient in their opponents’ end of the ice, racking up the third-most shots, fourth-most scoring, and 11th-most high-danger chances. Altogether, the Flames ended the season with the sixth-highest projected goal total at five-on-five, on par with their actual output, implying that they’ve struck a sustainable balance with their scoring.

The more considerable advantage is that Calgary will separate themselves from the Stars with their scoring depth. The Flames ended the season with three players scoring 82 or more points and seven players with 48 or more. In contrast, the Stars didn’t have one player score more than 81 points, with only four skaters eclipsing 48.

The Stars limited scoring potential is also a reflection of their system, preferring to play a conservative brand of hockey. Dallas ranked 10th in scoring and 11th in high-danger chances allowed, finishing 20th in shots for, 14th in scoring chances, albeit with a very respectable eighth-most quality opportunities.

This series price doesn’t accurately reflect the Flames’ chances against the Stars. Calgary has an advantage in every facet, beating the Stars at their own game with better defensive structure, but also possessing a superior offense. The Flames could run away with this, moving past the Stars with relative ease.