NHL Playoffs: Flames Should Have Easy Time With Stars 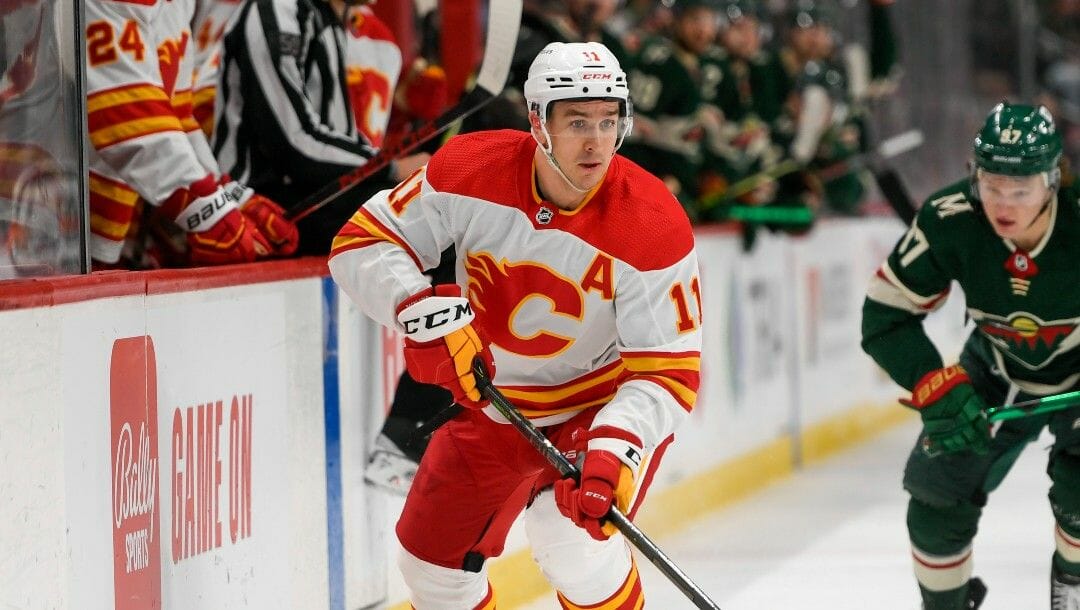 The Calgary Flames have grand intentions as the 2022 playoffs commence, but first they must find a way past the Dallas Stars in the first round.

NHL betting lines have the Flames as pronounced -303 series favorites. Only Colorado and Florida are heavier favorites in their respective first-round series.

Dallas took care of Calgary in the first round of the 2020 postseason, a unique bubble-style tournament that saw every game played in Edmonton.

Things have changed drastically since.

The Flames are stacked at every position and aren’t encumbered by any glaring weakness. Other than an unprecedented COVID-19 outbreak in December, they’ve managed to stay relatively healthy throughout the 2021-22 campaign, a key reason for their success.

A few interesting trends developed when the Stars and Flames pitted their skills against each other in three regular-season encounters.

First, and arguably most important, the team that scored first one every contest.

During the season, Calgary relied on its unrivaled propensity to score first. No team scored first more than the Flames, who opened the account 54 times. Calgary triumphed in 72 percent of those 54 encounters, winning 39 games.

Those 39 wins accounted for 78% of the Flames’ entire collection of regular-season triumphs.

The two teams alternated wins when the contest was decided by a single goal. Dallas, as heavy +250 underdogs when it comes to NHL odds, will look to its superior record in one-goal games as a decisive, albeit rare, advantage heading into the series.

Dallas was the second-best team in one-goal games, winning 70% of such encounters. Compare that to Calgary’s wildly subpar 26th-ranked 40% winning rate.

Contrary to how the season unfolded for the Flames, where they scored 93 first-period goals, the third-most in the NHL, Dallas outscored Calgary 3-1 in the first period. The Stars will need to find a way to extend that first-period success against the Flames to have any chance of an upset.

Jacob Markstrom was one of the best netminders all season and is expected to guide the Flames to eminent heights. The Swede, who was pulled in Calgary’s comeback win in Dallas on Feb. 1, endured two uncommonly substandard outings against the Stars.

Two of his three starts against Dallas resulted in save percentages of .857 and .870, a far cry from his fourth-best .922 save percentage over the course of the entire campaign.

Markstrom’s subpar save percentage against the Stars should be seen as an uncharacteristic anomaly, a mere blip. He should be back to his otherworldly best in Game 1.

Flames Will Advance Into Second Round

Despite a few slightly disconcerting trends arising against the Stars, Calgary enters the playoffs brimming with confidence. They have an abundance of scoring options, a bonafide No.1 goaltender and execute an unforgiving, robust physical style of play.

The mismatch on paper couldn’t be more stark. The Flames, aside from the Stars’ superior mark in one-goal games, have the advantage positionally and analytically.

Of course, regular-season analytics count for nothing come Game 1 of the NHL playoffs, but Darryl Sutter’s team is built especially for the postseason.

The Flames are superior on the blueline, between the pipes and up front. Dallas’ starting netminder, Jake Oettinger, has no postseason experience and will be thrown into the fire in Calgary on Tuesday night.

Dallas, aside from its formidable top line, struggles to score. The trio of Joe Pavelski, Jason Robertson and Roope Hintz scored 105 of 233 (45%) Dallas’ goals.

ven the Stars’ most prized possession, a formidable first line, doesn’t measure up to Calgary’s ace triumvirate, all of whom scored 40 or more goals. MVP candidate Johnny Gaudreau, Matthew Tkachuk, the league’s 8th-highest scorer, and Selke candidate Elias Lindhom were the best line in the NHL, statistically speaking.

The Flames need to concentrate on keeping Dallas’ dynamic triumvirate of Pavelski, Robertson and Hintz in check. If they manage that task proficiently, a place in Round 2 awaits for the well-rounded Flames.