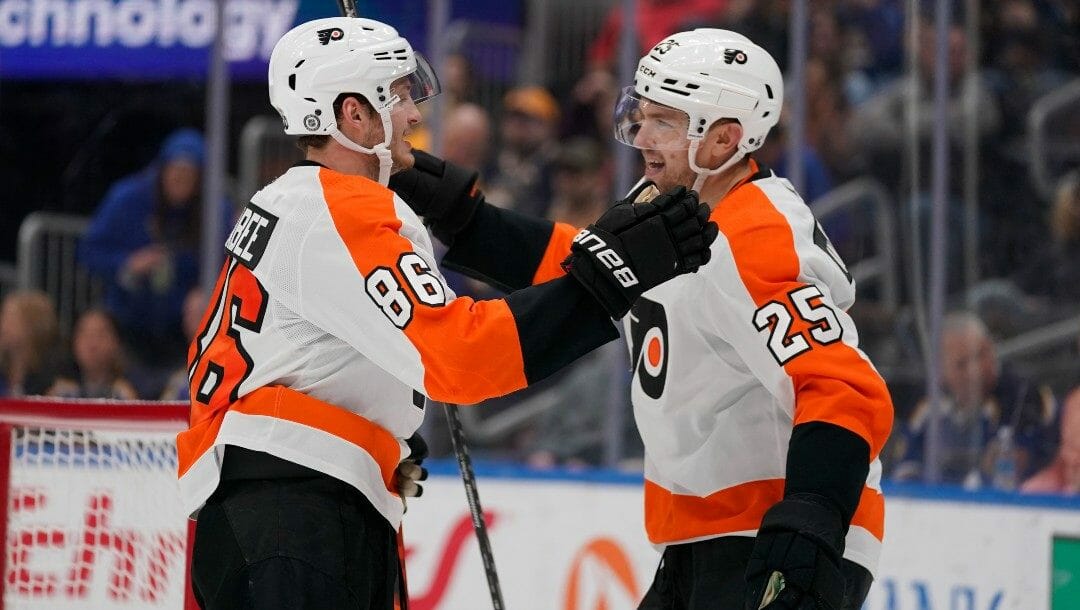 Day 2 of the Sweet 16 is Friday night, but if you’re looking for a break from college basketball betting, there are five NHL games scheduled giving bettors a chance to get in on some ice hockey betting action.

One matchup has the Philadelphia Flyers taking on the Colorado Avalanche. There probably won’t be too many people invested in the Flyers.

Philadelphia has been among the worst teams in the NHL this season, both in the standings and with NHL odds, and will be competing on the second night of a back-to-back when they travel to take on the Avalanche.

But, count us in the minority of folks who think that the Flyers are worth backing at Ball Arena.

Philadelphia is coming off a convincing win against the St. Louis Blues on Thursday, knocking off the playoff-bound Western Conference team 5-2. They can make it two straight wins and four in their last six when they take on the Avs.

It’s a daunting task getting past Colorado on their home ice but a few factors are worth noting.

The Flyers have turned a corner with their defensive zone coverage, limiting their opponents to no more than 10 high-danger chances over their past six games and an average of 7.8 per game. Scoring chances are also dwindling, with Philadelphia holding their opposition to 22 or fewer opportunities in four of six.

Granted, the Flyers are skating on the second night of a back-to-back; however, they played their analytics cards correctly by saving Carter Hart for Friday’s showdown.

The fourth-year netminder has been effective this season, posting a 91% save percentage and 2.0 goals saved above-average, despite playing for one of the worst teams in the league. Those stats could improve further against an Avalanche team that can’t get anything going offensively.

Colorado has struggled to maintain their elite goal-scoring recently and the underlying production metrics imply that progress isn’t imminent.

We’re not anticipating a massive surge in offense, as their production metrics continue to suffer.

It’s not often we see pucklines go north of 1.5, but that’s what we’re dealing with in this inter-conference matchup.

The Flyers have an outside shot at knocking off the Avs; however, they have a better chance at keeping it close. We’re betting that Philadelphia covers the +2.5 puckline as huge underdogs.