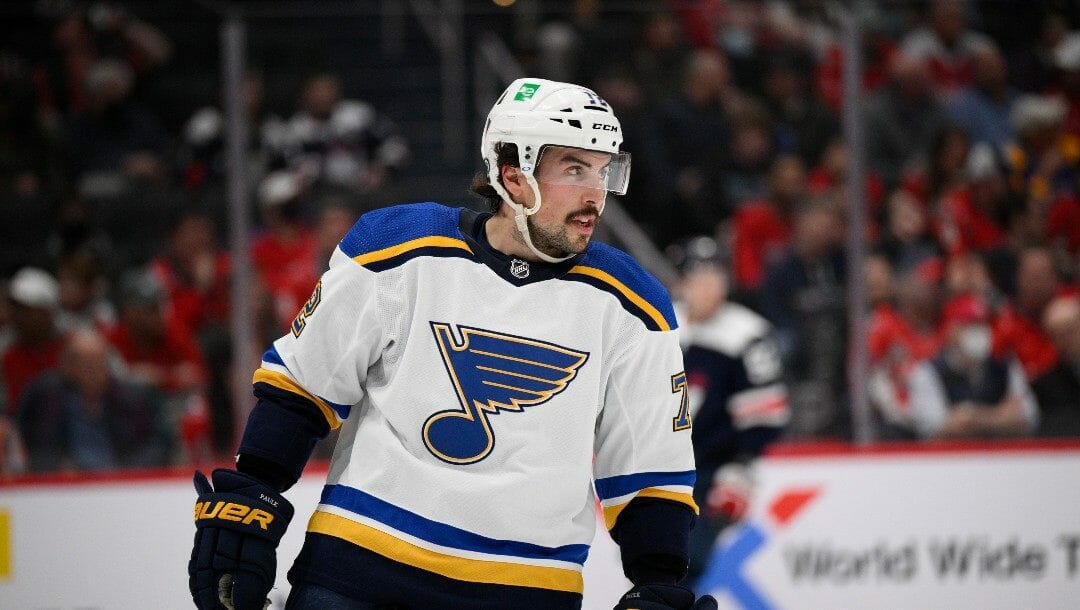 While the NCAA tournament returns Thursday and the focus is on college basketball betting, the NHL has 10 games scheduled giving bettors a chance at some ice hockey betting.

One game is a non-conference matchup between the Philadelphia Flyers and St. Louis Blues.

The Blues have 20 games left in the regular season and are looking to improve their NHL playoff odds. St. Louis has been floundering of late, which means there could be an edge in backing the Flyers tonight.

The Blues have been on an unsustainable path this season. Since the outset, St. Louis has overachieved relative to their underlying metrics, which has led to them working their way through a correction phase over their latest stretch.

St. Louis has just three wins over its last 10 games while continuing to put up disappointing metrics.

Just twice over the past 10 games have the Blues posted an expected goals-for percentage above 50%, with a cumulative 44.7% rating. Those performances have perpetuated the disconnect between outcomes and expected values, suggesting the Blues aren’t out of the woods.

Focused for the home stretch. pic.twitter.com/O1PHktfqfL

Two key indicators support that more losses could be coming for the Blues.

First, a substantive difference remains between actual and expected goals-for ratings. The Blues have posted an actual 55% rating at five-on-five, well above their expected value of 46.9%. Second, their PDO remains the highest in the league at five-on-five, currently sitting at 1.024. Inevitably, those metrics will continue to balance out, making wins harder to come by.

This season has been a slog for the Flyers, but their recent efforts are commendable.

Philadelphia has been out-chanced in scoring and high-danger chances just once over their past five games, limiting their opponents to nine or fewer high-danger opportunities in all five and 23 or fewer scoring chances in four of five.

We’ve seen an improvement in Philly’s production over that span, with the team scoring three or more goals in three of five; however, we’re still waiting for the improved play to positively affect their goaltending.

We’re anticipating the structured defensive play to lead to better outings from Carter Hart. That should come against St. Louis, as the team shelters him against an ineffective Blues attack.

The Blues have been stuck in a correction phase and their metrics indicate that the slide could be ongoing.