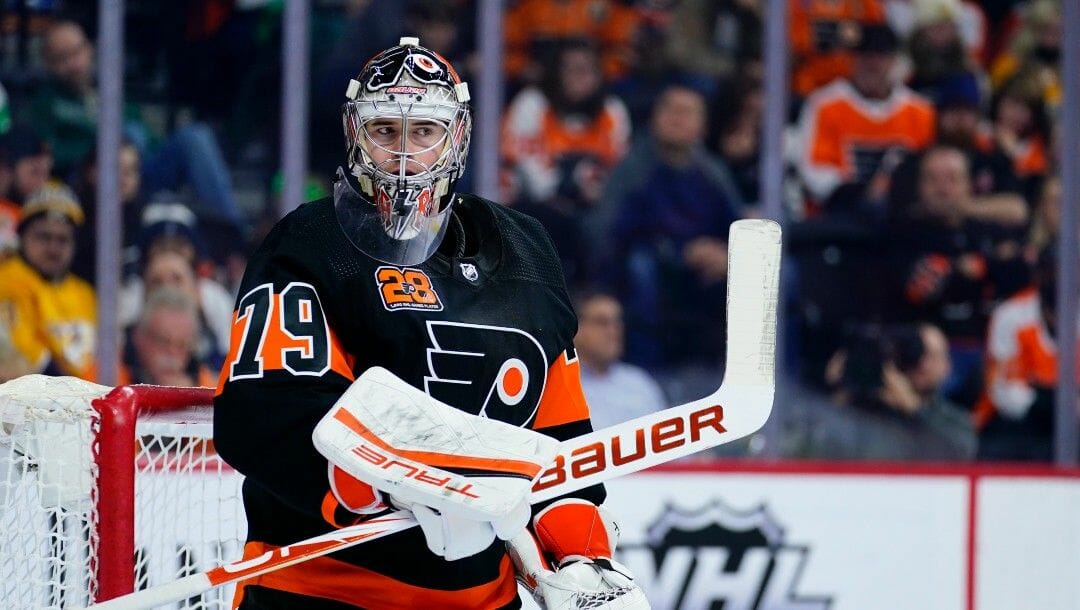 While much of the sports world is focused on the NCAA tournament and college basketball betting, there are six NHL games on Friday, a few of which involve teams with good NHL playoff odds.

That is not the case in the Flyers and Senators matchup, as both teams are below .500. With that being said, based on the NHL lines, this could be a good game to bet.

The Ottawa Senators are in a favorable spot on Friday night as they host a Philadelphia Flyers squad playing on consecutive nights.

Both teams have struggled with consistency this season, but the Flyers have been particularly bad skating on the second night of a back-to-back. Nevertheless, we don’t like this young Sens squad that is likely headed for offensive regression to take advantage of this spot. Instead, we’re rolling the dice with a longshot wager.

The Senators are coming off a five-game stretch in which they put up above-average shooting percentages in four of five, posting a cumulative 10.4% rating over that span. Throughout the season, the Sens have posted an 8.7 shooting percentage and have been unable to score on a regular basis.

We’ve seen that percentage come down over the last couple of games, with Ottawa scoring on just 5.4% of shots, but that could falter further over their coming games. The Sens have been less effective at creating chances, attempting seven or fewer in two of their past three, which could indicate that their scoring troubles will continue.

Philadelphia has to overcome a challenging trend in Friday’s contest.

This season, the Flyers have been abysmal on the second night of back-to-backs, going just 2-4-4 leaving them with a mere two wins in 10 tries. Not only are their results terrible their efforts haven’t been much better. Philadelphia has been outplayed in seven of those contests, often by a significant margin.

However, the Flyers have shown a knack for getting at least a point, pushing the game to overtime or a shootout in four of those 10 contests. That could be a sign of things to come as they keep pace with a Sens team struggling over their past few games.

We’re betting this one gets sorted out in overtime or a shootout. The Flyers have gone to overtime 40% of the time in this scenario, while the +320 price tag has an implied probability of 23.8%. Fans could be treated to free hockey at the Canadian Tire Center.