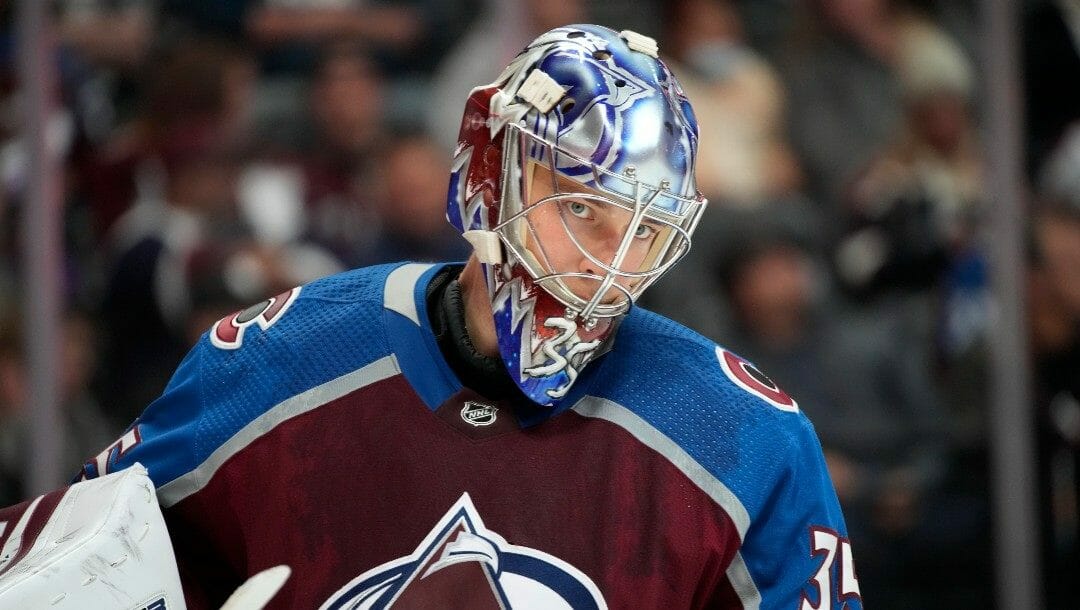 The Colorado Avalanche are the clear favorites to win the Stanley Cup, but do their +350 NHL odds provide enough value to lock them in as a futures bet?

Colorado’s Stanley Cup odds, since the start of the 2021-22 campaign, have shortened from +600 to +350. The comparatively moderate odds shift reflects Colorado’s continuous positioning atop the Cup favorites’ list.

The Avs are still dominating both tickets (25.1%) and handle (32%) in the NHL futures market. The Florida Panthers come in a distant second, taking 8.6% of tickets and an 8.6% share of the total handle.

Considering the Avs and Panthers are separated by just two points in the race for the Presidents’ Trophy with two games to play, is Colorado’s NHL futures market dominance well-founded?

Undoubtedly the Western Conference’s most superior team throughout the season, the Avalanche are eight points clear of second-place Calgary and only two points behind the Panthers league-wide.

It won’t be seen as a disservice if Colorado fails to win the Presidents’ Trophy, as teams finishing first overall in the regular season have failed miserably to live up to the hype in the playoffs.

You’d have to go back to the 2012-13 Chicago Blackhawks to find the last time a Presidents’ Trophy recipient won the Stanley Cup.

So the prospect of finishing second behind the Panthers, which looks increasingly likely considering both teams’ final two opponents, won’t trouble Jared Bednar and his team in the slightest.

The Avs play Nashville at home and Minnesota away, while the Panthers have two road tests remaining, against bottom feeders Montreal and Ottawa.

NHL betting lines have ample reason to have the Avs as favorites to win the Stanley Cup.

The Avs are tied for the most regulation wins (46), have scored the fourth-most goals on average (3.79 per game), have the sixth-most efficient powerplay (24.5%) and lay claim to the third-best goal differential (+82).

With an 18-3-6 record, they also perform well in one-goal battles, sharing the league’s fourth-best winning percentage (.667) with Toronto. Being able to win closely contested games is arguably the most important factor heading into the time of year blanketed by parity.

Areas of Concern for the Stanley Cup Favorites

No matter how consistently favorites play at an elite level, there are always deficiencies to nitpick. Even Colorado is not completely beyond reproach, though its vulnerabilities are far less conspicuous.

Let’s steer our attention to the most important position at this time of year, goaltending. No.1 Darcy Kuemper is by no means the Avs’ Achilles’ heel. Far from it.

The 31-year-old has, statistically speaking, enjoyed his second-best season. Only his 2018-19 season in Arizona was superior, albeit marginally.

But, and it’s prospectively a Kim Kardashain-size but, Kuemper is largely unproven when it matters most, the playoffs.

He has a 7-6 record in 14 playoff starts with two teams (Minnesota and Arizona) over a 10-year span. That’s a palpable lack of experience in the most meaningful, high-pressure situations.

In 2013-14 Kuemper, who played for the Wild at the time, entered the fray in relief of Ilya Bryzgalov in the first-round series against his current team, Colorado. Down 2-0 in the best-of-seven series, Kuemper rescued the series, backstopping the Wild to a 4-3 series win.

That was Kuemper’s only best-of-seven playoff series victory since entering the league a decade ago. He’ll have to win four times as many series in a two-month span if the Avs are to win the Stanley Cup.

The Avs have another personnel quagmire afoot, this one of even more pressing concern. Their captain, Gabriel Landeskog, hasn’t played since March 10. While unconfirmed, many expect him to return for Game 1 of their first-round playoff series.

The Avs have gone about their business admirably since Landeskog’s injury, obtaining a sixth-best .738 winning percentage in their captain’s absence.

Counterintuitively, the Avs enjoyed a higher winning percentage, albeit marginally, without their captain in the lineup.

The Avs went 15-5-1 prior to Landeskog’s injury, maintaining a .737 winning percentage, good for second in the league during that initial 21-game stretch.

Landeskog’s presence, though, becomes all the more pivotal in the postseason. He led his team with 30 goals before his premature injury departure, but his influence can’t simply be measured by goals, assists and points.

He is the heart and soul of the Avs, the leader and driving force both on and off the ice. The looming question is how well he’ll adapt to the breakneck pace of the playoffs upon returning after a six-week absence.

If Kuemper carries his outstanding season form into the playoffs and Landeskog returns showing even half the quality he’s capable of, which he almost certainly will, the Avs, despite Kuemper’s lack of playoff experience, offer excellent value as +350 favorites.