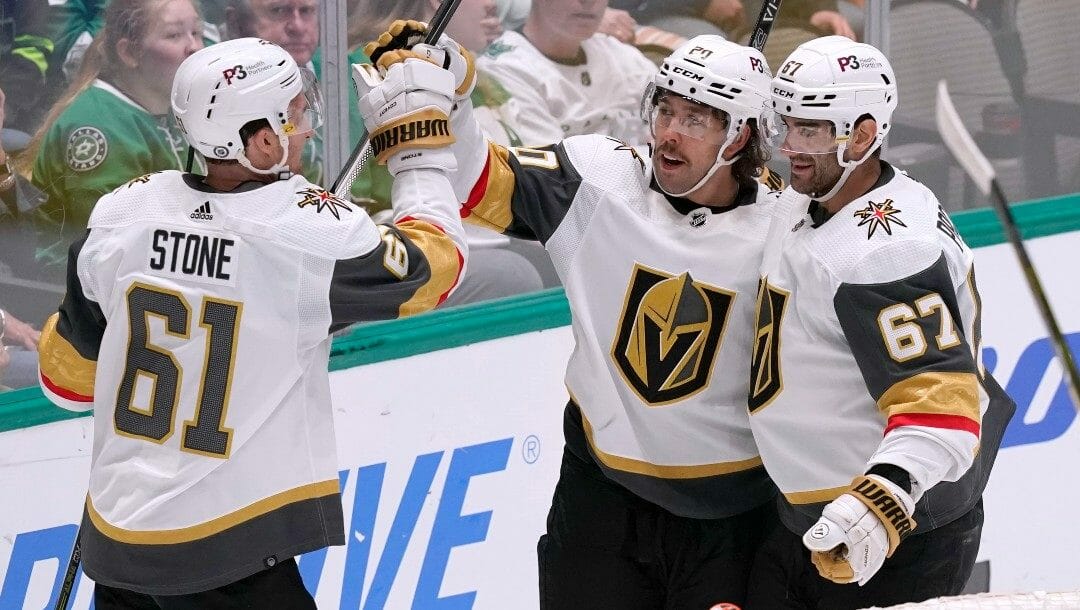 The Vegas Golden Knights, who are playing in the second game of a back-to-back set, find themselves in a must-win scenario as they face the Blackhawks in Chicago Wednesday night.

This is one of the best games on the schedule and is prime for NHL betting.

Vegas lost 3-2 in a shootout in Dallas last night, a severely damaging defeat as their playoff hopes dim. The Stars need just a single point against the Coyotes tonight to officially eliminate Vegas, but there is still a glimmer of hope for Peter DeBoer’s team.

The Golden Knights are 4-3-3 in their last 10 games, not exactly a mark deserving of a playoff berth. The Blackhawks, who’ve been eliminated from contention for as long as anyone can remember, are 3-7-0 in their last 10.

If you take their favorite status of the equation, the Golden Knights are a much inferior 3-5-0 as visitors on the second night of successive games with no rest.

However, Vegas is the clear favorite and need to secure both points, while many of Chicago’s players are already thinking about how to improve their golf strokes this summer.

Chicago has the third-worst home record in the league (13-21-6) and are 38-43 ATS. The Blackhawks, with a 5-8-0 record, have performed poorly against Pacific Division teams at home. The Blackhawks also struggle defensively, conceding the seventh most goals per game (3.54).

On the other hand, Vegas has struggled ATS this season with a woeful overall record of 34-46. On the road as favorites, Vegas is 7-11 ATS.

Both teams struggle mightily ATS, but something has to give in this contest.

The Golden Knights will probably start Logan Thompson, who played Tuesday, in this pivotal battle.

With a 9-5-0-2 record and a .918 save percentage, the first-year netminder has been stellar since being forced into the No.1 role. Look for the 25-year-old, who still has everything to prove, to enjoy another solid performance on Wednesday.

The Golden Knights should cover the spread in a game that sees at least seven goals. It’s now or never for Vegas, so expect the desperate side to come up with the goods this evening.