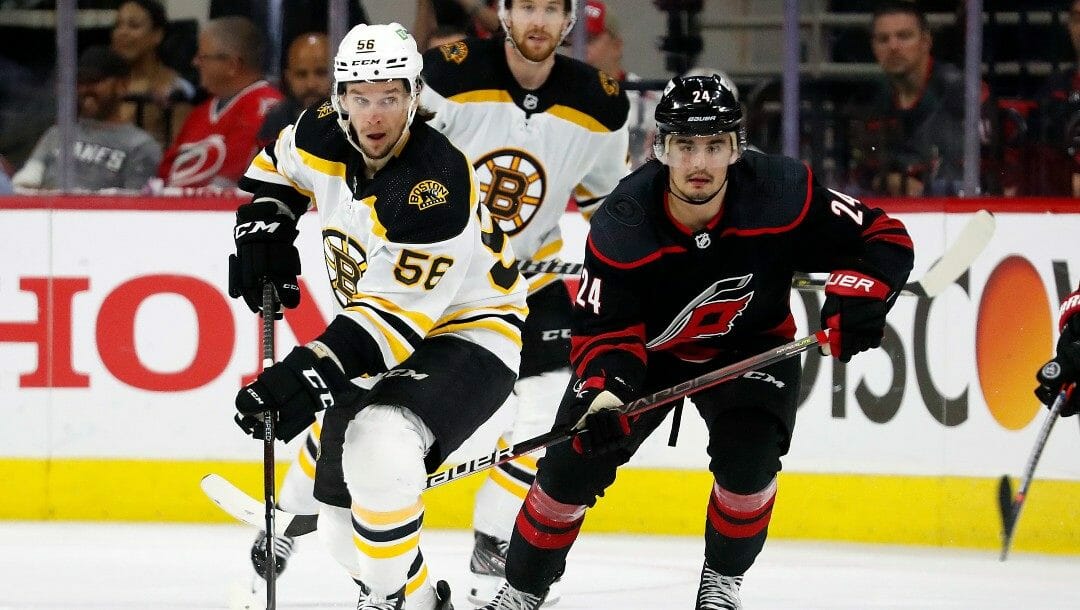 The Carolina Hurricanes took care of business at home in Game 5 as the series shifts back to TD Garden. The home team has won every game in this series, but the Boston Bruins are up against elimination in Game 6.

NHL playoff odds currently have Carolina as -375 to win the series.

The Hurricanes scored four unanswered goals in Game 5 and never looked back.

It was their defense that opened the scoring with Jaccob Slavin and Tony DeAngelo each finding the back of the net in the first period. Rookie Seth Jarvis scored his second of the playoffs in the second period and his third to open the final frame. Vincent Trocheck would add an empty netter for the final tally. Sebastian Aho had two assists, tying him with Eric Staal for the second most franchise playoff points with 24.

Carolina’s team defense and goaltending were also big in Game 5, as the Hurricanes had 22 takeaways to Boston’s nine while Antti Raanta made 33 saves for a .971 SV%. The Canes have also scored first in each game of the series.

Meanwhile, the Bruins could only find the back of Carolina’s net once when Connor Clifton cut the lead to three halfway through the third period.

This one is tough to call, as the home team has yet to lose in the series, but Carolina has been the better side overall of the two. The Hurricanes have outscored the Bruins 19-13 through the first five games. Raanta looks poised to have another excellent performance and the Canes’ defense is statistically the best in the NHL.

I expect Carolina to finish the series, but as it shifts to Boston, they may have to wait until Game 7. However, in my opinion, this is the Hurricanes’ game to lose.