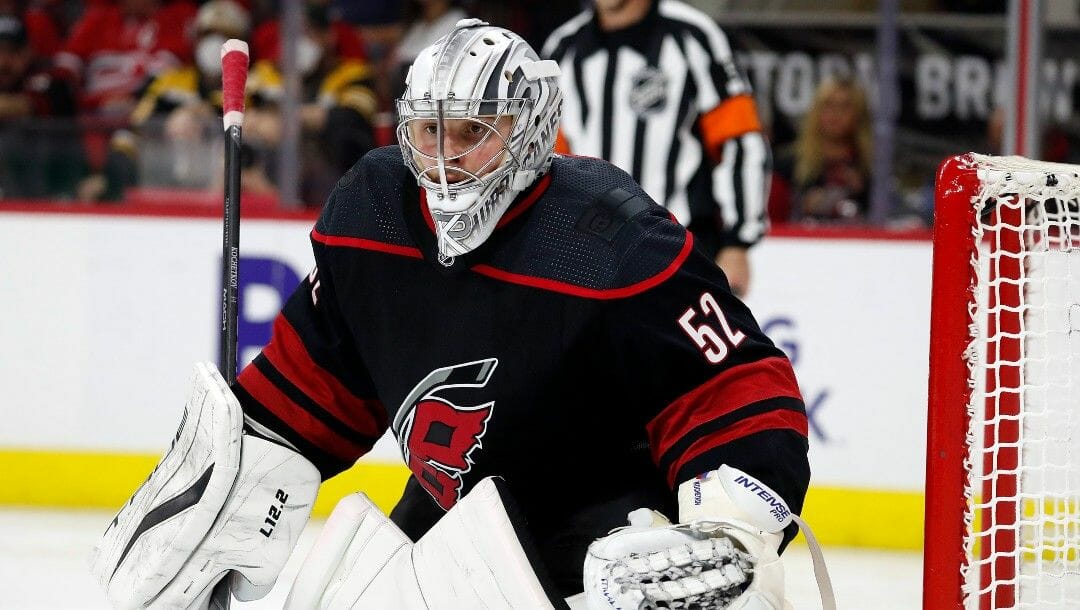 The Boston Bruins have seen their Stanley Cup betting odds take a hit this week.

Despite being without starting goaltender Frederik Andersen and also their backup Antti Raanta, the Carolina Hurricanes have a 2-0 series lead over the Bruins.

Below are NHL betting picks and analysis for Friday’s Game 3.

In Game 2, the Hurricanes had to turn to 22-year-old rookie goaltender Pyotr Kochetkov after Raanta left due to an injury. Kochetkov made 30 saves to give Carolina a 2-0 series lead.

Raanta’s injury was due to David Pastrnak running into him outside the crease in the first period. Kochetkov is the third-youngest goalie in franchise history to make his playoff debut.

The Canes didn’t spread out the scoring as much in Game 2 as Game 1, as Jesper Fast opened the game with a goal, while Sebastian Aho and Nino Niederreiter each had two goals. Tony DeAngelo had three assists.

In five matchups this season, they’ve outscored the B’s 26-4.

Meanwhile, the Bruins can’t seem to buy a win. Boston outshot Carolina 38-34 but couldn’t solve Kochetkov. They haven’t faced the Hurricanes’ top goaltender in the series and still can’t pick up a win, which doesn’t bode well for them.

Patrice Bergeron scored both goals for the Bruins, so they still need to get the rest of the offense going, while Hampus Lindholm left the game in the second period after taking a massive hit from Andrei Svechnikov. In net, Linus Ullmark allowed four goals on 33 shots, so they have to turn to Jeremy Swayman for Game 3, right?

When playing five-on-five, the Bruins had an expected goals for of 1.78, while the Canes’ xGF was 0.77. However, overall, Carolina’s xGF was 4.36 to Boston’s 3.48. The Canes were better on special teams and they also got great play from their third-string goalie.

Unless there is a change in the Boston net, this is Carolina’s series. If the Hurricanes win Game 3, it’s essentially over for the Bruins. It’s also important to know what’s going on with the Carolina crease and whether or not Raanta can return for Game 3. Even though I don’t have answers to these questions yet, I have to lean towards Carolina right now.