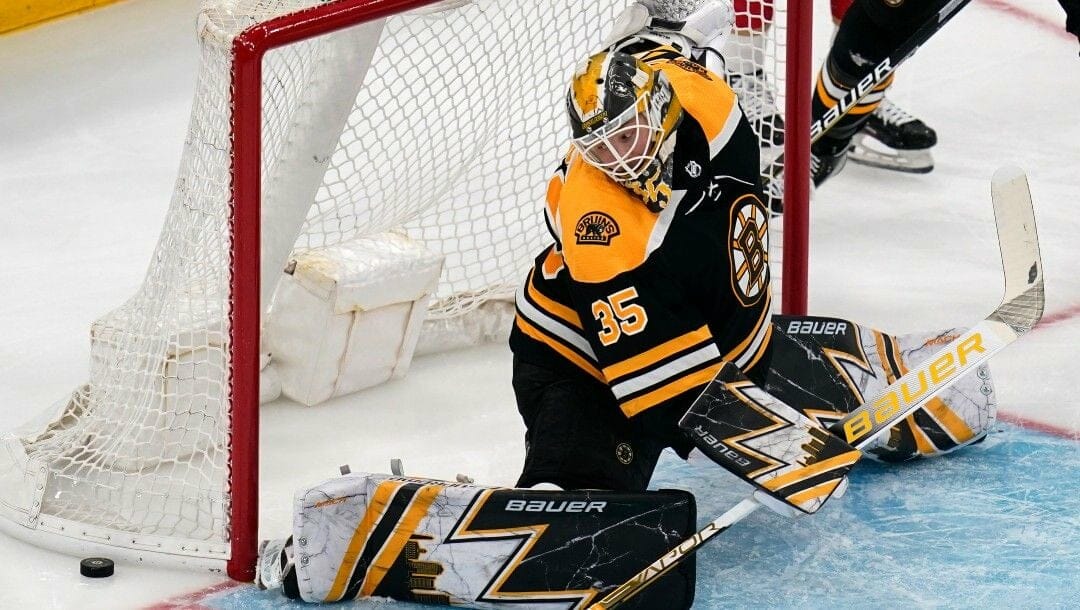 The Carolina Hurricanes were riding high until mid-April and finished second in the Eastern Conference but lost Frederik Andersen to injury right before the regular season ended. Meanwhile, the Boston Bruins finished sixth in the East and are flush with goaltending talent entering the postseason. The Bruins platooned Linus Ullmark and Jeremy Swayway as they picked up 26 and 23 wins apiece.

The NHL betting lines for the series indicate it will be very competitive.

The two teams met three times during the regular season, with the Hurricanes coming out on top in all three games. One of the glaring takeaway from those three Carolina wins was that the Bruins only scored one goal to 17 for the Hurricanes.

The Hurricanes won their final six games despite missing Andersen in the net. Sebastian Aho led the team in scoring, putting up 37 goals and 44 assists in 79 games. Andrei Svechnikov was second on the team with 30 goals and 69 points, as well as some added grit with 189 hits.

Tony DeAngelo was one of the league’s leading offensive defensemen before he was sidelined with an injury, but he’s healthy heading into the playoffs.

The big hurdle will be in the net.

Andersen was a Vezina Trophy candidate this season, and without him, the Canes will have to rely on Antti Raanta. Raanta is a capable backup but is also injury prone. Together, Andersen and Raanta won the 2021-22 William M. Jennings Trophy, which goes to the goaltenders who play a minimum of 25 games and allow the fewest goals during the regular season.

Meanwhile, the Bruins won four of their last five games, with Swayman and Ullmark taking turns between the pipes. Brad Marchand led the B’s in points with 32 goals and 48 assists. David Pastrnak led the team in goals with 40 and Patrice Bergeron was his great defensive self. Bergeron was also third in scoring with 25 goals and 40 assists. The Bruins will also get offense from the underrated Taylor Hall and defenseman Charlie McAvoy.

Carolina was sixth in NHL scoring, averaging 3.38 goals per game and Boston was 15th with 3.09. The Hurricanes were the best team in the NHL at keeping the puck out of the net, allowing only 2.44 goals per game, while the Bruins were fourth with 2.66. It’ll be interesting to see how the absence of Andersen will affect those numbers.

Against the puck line, Boston was 33-49 and Carolina was 41-41. Some trends to watch are the under was 4-0-1 in the Bruins’ past five against the Metropolitan Division and the under was 5-2 in the Hurricanes’ past seven against the Atlantic.

There shouldn’t be much scoring in this series, but it’s hard to see Carolina winning four games against the Bruins without Andersen making his way back to their net. Additionally, this Bruins core has shown they can get it done in the postseason.