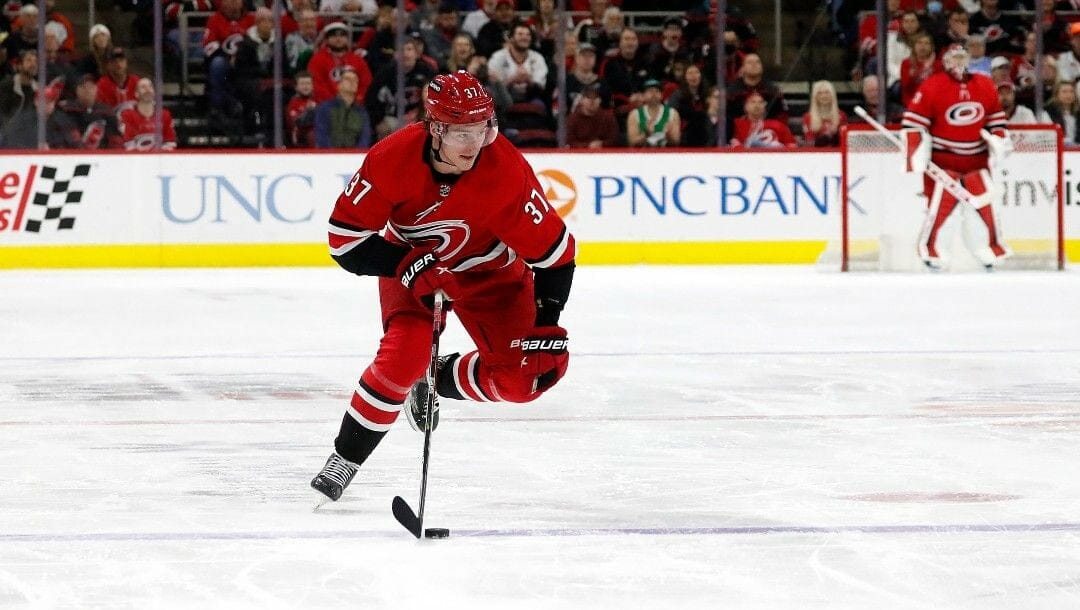 The NHL playoffs are right around the corner, which means each game is vital when it comes to NHL playoff odds for many teams.

One of the teams at the top of Stanley Cup odds is the Carolina Hurricanes, who are in action Monday night against the Washington Capitals. They have lost all three games to the Capitals this season, picking up only one point in their head-to-head matchups.

Below are a few NHL betting picks and analysis for the Hurricanes-Capitals matchup.

Carolina is second in the Eastern Conference and has won two of their past three games, including a beatdown of the St. Louis Blues that saw them score seven goals. Andrei Svechnikov and rookie Seth Jarvis each had two goals in the win while Sebastian Aho leads the Hurricanes in points with 28 goals and 36 assists.

Meanwhile, the Capitals are holding down the final playoff spot in the East by a fair margin.

Washington is on a two-game winning streak, coming off a 4-3 victory over the New Jersey Devils on Saturday. Alex Ovechkin scored in the third period increasing his team lead in goals to 42 to give him a team-high 78 points over 65 games.

Carolina is ninth in NHL scoring, averaging 3.31 goals per game and Washington is 11th with 3.27. The Canes are the best team at keeping the puck out of the net, allowing only 2.37 goals against per game, while the Caps are 11th with 2.82.

Carolina was amid a four-game skid only three games ago, but the Hurricanes are the better team of the two.

They’re also coming off a strong performance on Saturday, so they appear to have righted themselves and should be good to go Monday. If we are playing the percentages, it’s just a better bet to go with the Hurricanes.