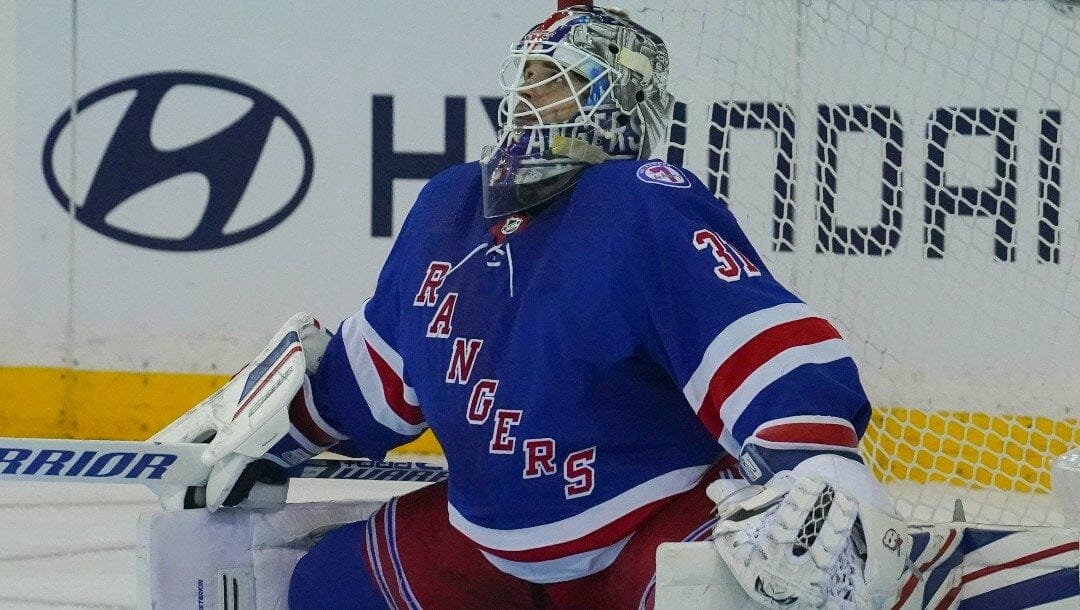 After a slow night of NHL betting on Monday, it’s a different story on Tuesday with 14 games on the schedule.

The Carolina Hurricanes and New York Rangers have already booked their tickets to the postseason and are now just jockeying for position in the standings, as well as with Stanley Cup odds. Carolina is two points up on New York, sitting second in the East, while the Rangers are tied for third with the Toronto Maple Leafs.

Below are picks and analysis for matchup.

The Hurricanes have lost three of their last five games, but have won two of their last three including a 5-2 win over the Anaheim Ducks, where Jordan Staal had a hat-trick.

Sebastian Aho is the only Carolina player scoring over a point a game leading the Canes with 33 goals and 39 assists.

Meanwhile, the Rangers are on a three-game win streak, coming off a 5-1 win over the Ottawa Senators, where Artemi Panarin had a goal and two assists.

Panarin leads New York in scoring with 21 goals and 67 assists, while Chris Kreider paces the Rangers in goals with 49 this season.

Carolina is eighth in NHL scoring, averaging 3.32 goals per game, while New York is 18th with 3.03. The Hurricanes are the best team in the league at keeping the puck out of their net, allowing only 2.37 goals against per game, while the Rangers are third with 2.52.

The Rangers’ success usually depends on Kreider finding the back of the net and, most importantly, that Igor Shesterkin is manning the goal.

Shesterkin has been bolstering a New York defense with less than inspiring numbers the entire season. However, Carolina has the best defense in the league and Frederik Andersen is capable of trading saves with Shesterkin.