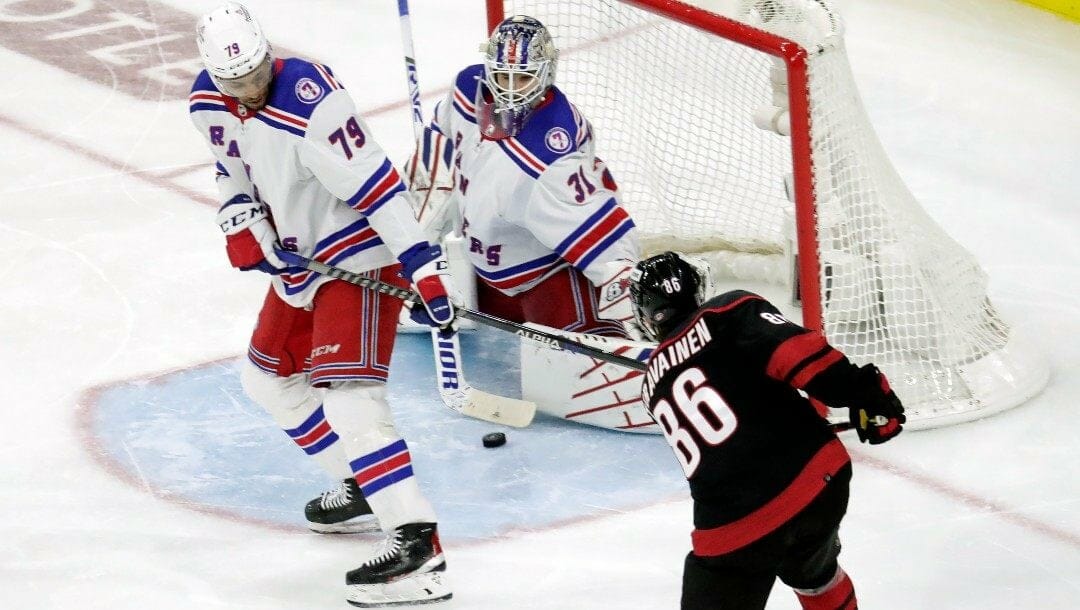 It took overtime for the Carolina Hurricanes to beat the New York Rangers in Game 1 of their second-round matchup. The Rangers actually outshot the Hurricanes 28-26 but were outhit 40 -31.

The NHL betting lines have the Hurricanes as heavy favorites for Game 2.

Below are NHL betting picks and analysis for the Friday night matchup.

Filip Chytil opened the scoring in Game 1, giving New York an early lead. Igor Shesterkin was solid for the Rangers in the net with 24 saves on 26 shots. The refs put away the whistles for the game, as both teams only had one powerplay apiece that neither scored on. This game was the first of these playoffs where defenseman Adam Fox was held without a point.

Meanwhile, Carolina’s Ian Cole ended the game in overtime when he threw the puck on the net and it deflected off Rangers defenseman Ryan Lindgren, fooling Shesterkin. Antti Raanta was great for the Canes, stopping 27 of 28 shots.

Sebastian Aho scored the tying goal for Carolina with just over two minutes left in the third period. Seth Jarvis picked up an assist on Aho’s goal and his six points in the playoffs lead all rookies. The Hurricanes showed their defensive prowess with 20 takeaways to 12 for the Rangers and 29 face-off wins to the Rangers’ 20.

Entering Game 1, I thought the result would depend on Shesterkin’s play for New York. However, Raanta was up to the task of going save for save with the Vezina favorite. If both of these goalies continue this level of play and Carolina’s defense is consistent, I think we will have a very low-scoring series.

With how close the first game was in play and on the scoresheet, it’s surprising the odds on the Rangers’ puck line are practically in line with the Hurricanes’ moneyline. I expect Game 2 to be another tightly played game and barely surpass the over.