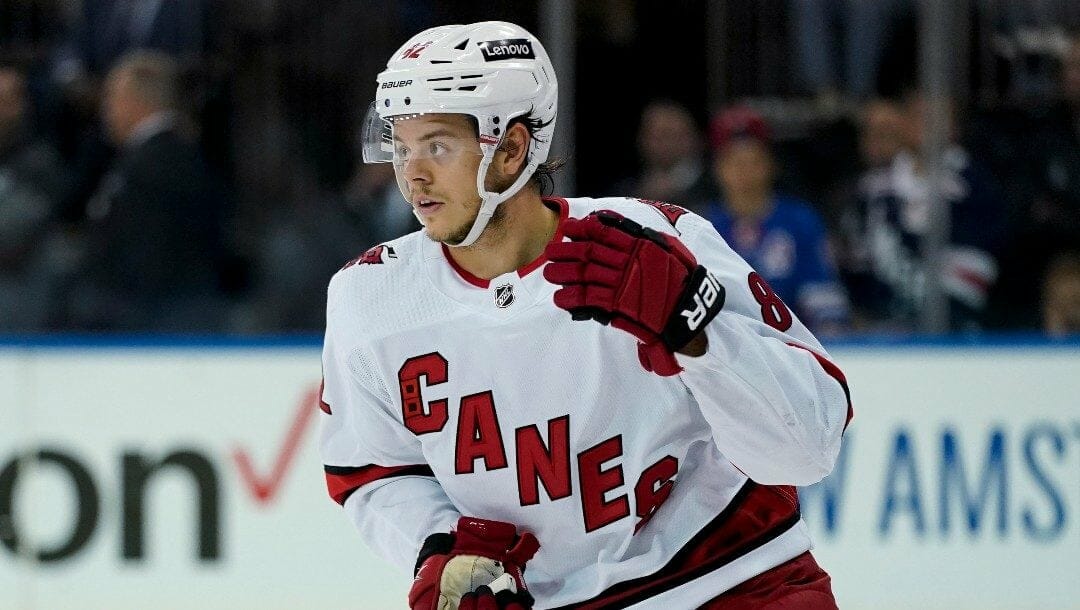 The Carolina Hurricanes continued their magnificent 7-0 run on home ice, staying perfect in Raleigh through Game 5. The New York Rangers head back to Madison Square Garden for Game 6 with elimination on the line.

NHL betting lines have the game as a toss-up.

Below are a few NHL betting picks and analysis for the Saturday night matchup.

The difference for the Hurricanes in Game 5 was their special teams. Vincent Trocheck opened the scoring with a short-handed goal in the first period, Teuvo Teravainen’s power-play goal in the second ended up being the game-winner, and Andrei Svechnikov would add an insurance goal in the third period.

Teravainen leads the Canes in the postseason with four goals and 11 points, and is riding a seven-game home point streak. Antti Raanta was good in the net, stopping all but one shot. However, Carolina’s stellar defense made it an easy night for Raanta, who only had to handle 17 shots.

Meanwhile, Mika Zibanejad scored the Rangers’ lone goal, a power-play marker in the first that evened the score. Zibanejad has a four-game point streak and a three-game goal streak.

Igor Shesterkin put in another solid performance, making 31 saves on 34 shots, however, New York was outshot 34-17, won six fewer face-offs and had four fewer takeaways. After a challenge for offside, Ryan Strome had a goal taken away, further adding to the Rangers’ offensive woes.

New York previously came back from being down 3-1 to the Pittsburgh Penguins and was down 2-0 to the Canes to start this series, so they have a history of clawing their way back.

Although the Hurricanes have been perfect at home, they have yet to win on the road, going 0-5 away from PNC Arena. Carolina has to win on the road eventually and there’s no better time than in a series-clinching game. Additionally, none of the five games this series have gone over five total goals.