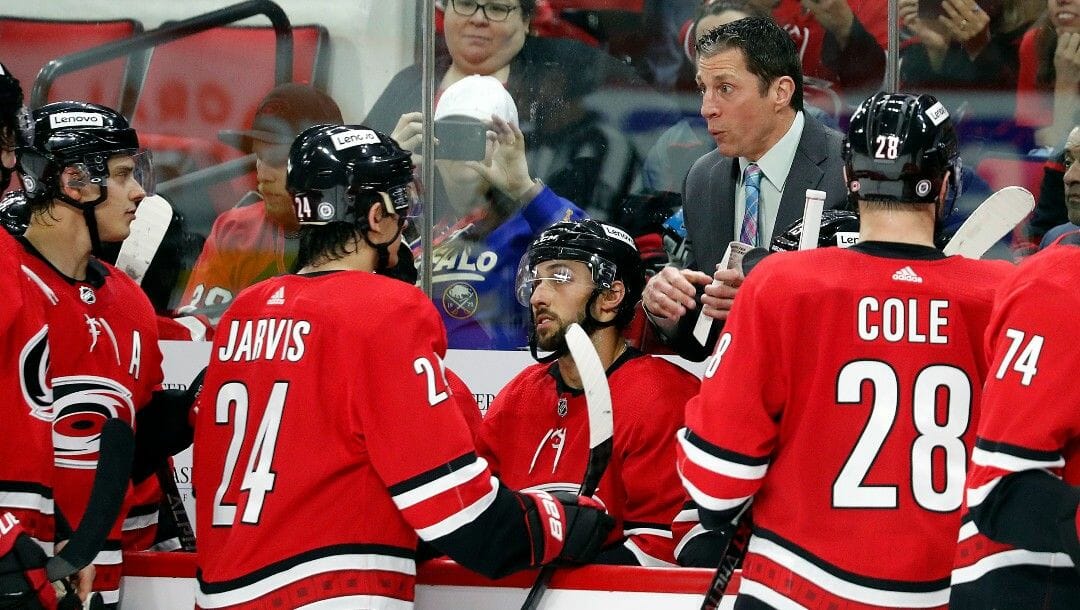 The NHL season is winding down with five games on the schedule for Friday night, but still plenty of options for some NHL betting.

One of those matchups is the New York Islanders taking on the Carolina Hurricanes. The Hurricanes are firmly in the playoff mix, while the Islanders are all but eliminated.

Here are some analysis and some NHL betting picks for the matchup.

The typically defensively stout Islanders have been anything but of late.

New York has given up 10 or more high-danger chances in seven of their past eight games and 27 or more scoring opportunities in six of eight. The more concerning metric has been their inability to keep pace with their opponents, posting negative relative scoring metrics in all but one of their previous eight contests.

That has shifted the expected goals-for rating away from them, with the Islanders posting game scores below 50% in seven of eight contests.

Nevertheless, the Islanders are winning games, going 5-3-0 over their last eight. The disconnect between outcomes and metrics is illustrated in their PDO across all strengths, with the Isles posting combined shooting and save percentages of 1.052 over that stretch, substantially above the 1.000 average.

New York is due for a regression phase, as metrics balance with outcomes.

We’re anticipating that to start against the Hurricanes, who have been one of the best analytics teams in the league.

Carolina has the fifth-best expected goals-for rating on the year and the third-best points percentage in the NHL. The Hurricanes have been on a particularly potent stretch, outplaying their opponents in four straight games but accumulating just two wins over that span. Sustained efforts will lead to more wins and the Canes are positioned for another strong performance skating against the Islanders on Friday.

No opponent has attempted more than eight quality or 18 scoring chances against the Canes over the previous four games and the Islanders aren’t the team to upset that trend.

Carolina should continue their strong play against an Isles squad that is getting outplayed on a consistent basis. The Canes are the side to back and now is the time to buy.