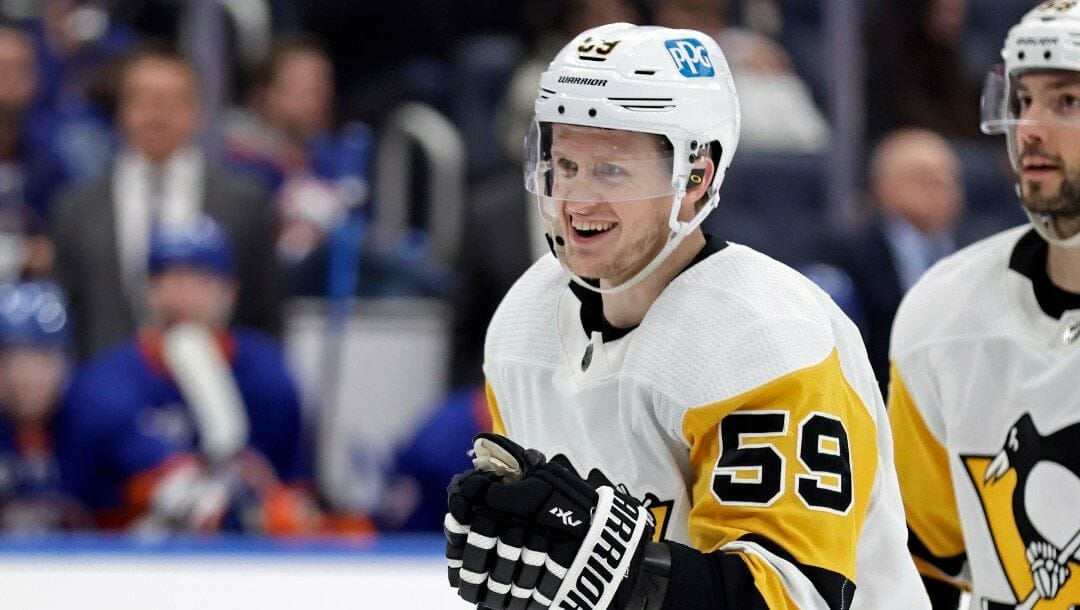 It will be a busy night for NHL betting with 12 games scheduled for Thursday.

The New York Islanders have fought hard to end the season, going on a 13-5-1 run. With 10 games to go and sitting 15 points out of a playoff spot, there’s no conceivable angle for them making the postseason. We’re also seeing some concerning trends emerge in their analytics, meaning their inevitable demise is closer than their recent results suggest.

The yarn has started to unravel for the Isles and more losses could pile up starting Thursday against the Pittsburgh Penguins.

Thursday’s matchup is the back-end of a home-and-home series between these two teams.

The Islanders staked themselves to an early lead last time out, fending off a furious Penguins attack before eventually winning in overtime. Although the outcome favored the Islanders, the metrics did not, as New York was substantially outplayed from start to finish, posting a 30.9% expected goals-for rating.

That was the fifth time over their past six games and the eighth time in 11 contests in which the Islanders were outplayed.

New York has posted game scores below 40% in six of those 11 contests, establishing a cumulative 40.5% expected goals-for rating. As such, the Islanders have exhausted their puck luck by accumulating a 1.027 PDO at five-on-five and going 7-4-0, meaning their victories are coming from an unsustainable place.

The Penguins have unlocked a new level of offensive efficiency over their current schedule, attempting 11 or more high-danger and 26 or more scoring chances in five of their past six games.

That’s starting to impact output, with the Pens recording 10 goals over their previous three contests. Still, that hasn’t led to more victories, with Pittsburgh going just 1-4-1 over their six-game sample, despite outplaying their opponents in four of those contests.

These teams are positioned on opposite ends of the progression/regression spectrum.

Sidney Crosby and company are due for more wins, while New York’s recent run of unsustainable victories will dry out. That leaves an implied advantage in backing the Penguins in this Metropolitan Division matchup.