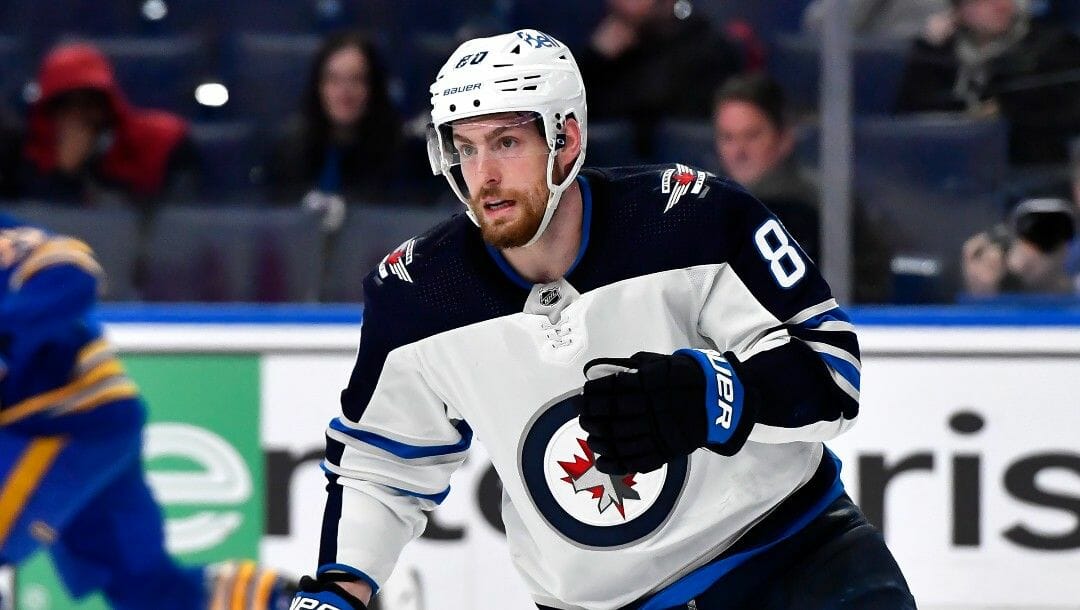 The regular season is winding down, which means NHL betting is now starting to focus on the playoffs.

There’s just one game on the calendar Monday, so all the focus will be on the Winnipeg Jets and Montreal Canadiens matchup.

The Jets are probably going to miss the playoffs as they enter the game seven points behind the Dallas Stars and Los Angeles Kings, and aside from those two teams, there are an additional two squads ahead of them.

Also, if you look at Winnipeg’s nine remaining games they have to play against the Florida Panthers, Tampa Bay Lightning, Carolina Hurricanes, Colorado Avalanche, and Calgary Flames.

On the other side of the ice, the Montreal Canadiens are already mathematically out of playoff contention.

Below are NHL betting picks and analysis for the Monday night matchup between the Jets and Canadiens.

The Jets have been struggling lately, losing four of their past five games. However, Winnipeg’s previous outing was a 4-3 win over the Ottawa Senators, where Nikolaj Ehlers had a goal and two assists.

Kyle Connor also found the back of the net, adding to his team lead of 42 goals and 84 points.

On the injury front, the Jets lost Mark Scheifele to an upper-body injury against the Sens, while Blake Wheeler is expected to be out against the Habs and Cole Perfetti is still on the injured reserve list.

Meanwhile, the Canadiens are the second-worst team in the NHL and have lost five of seven. Their previous game was a 3-2 defeat to the Toronto Maple Leafs, where Cole Caufield found the back of the net in a fourth straight game.

Caufield is eighth in rookie scoring, despite struggling to get on the scoresheet earlier in the season. He is also second on the Habs in points and one goal behind the team leader Nick Suzuki who gas 19 goals and 35 assists.

The Jets probably still view each game as a must-win, but their hope is certainly dwindling as they run out of games. On the other hand, Montreal has nothing left to play for this season. Its players are primarily focused on finishing strong to make their case for coming back next year.

Winnipeg is the better of the two teams and is in a more desperate situation which should translate to urgency. Their postseason chances are dependent on beating the Canadiens tonight because this is their easiest matchup down the final stretch.