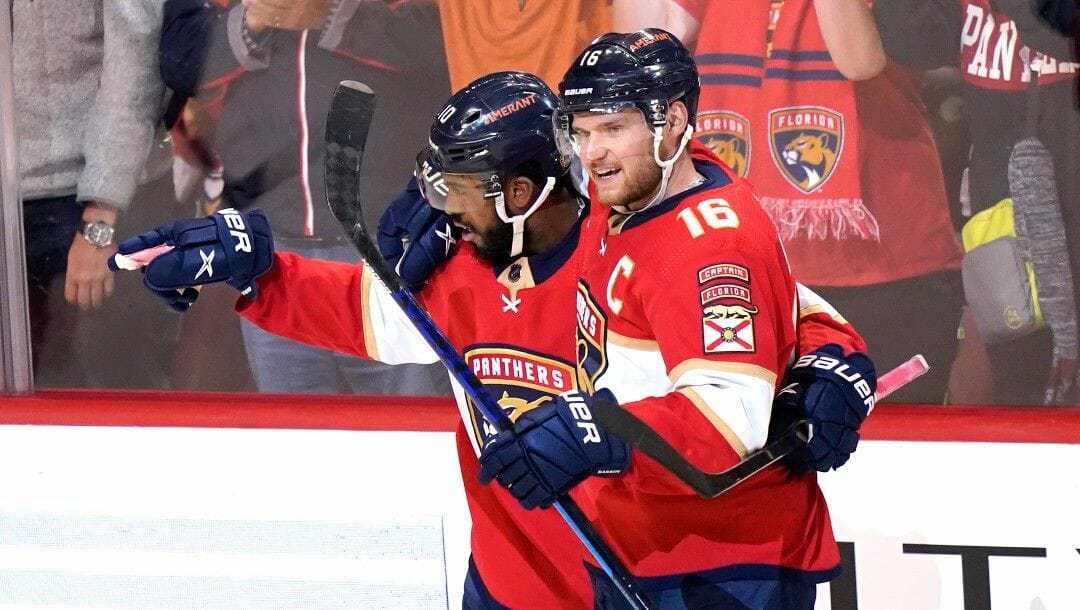 Fridays typically do not have many NHL games and this week is no exception with only two on the schedule. Two games are still plenty for some NHL betting.

The Florida Panthers have an Eastern Conference-best 110 points heading into their final nine games of the season. Somehow, they are still managing to get better, elevating their performances of late.

That puts the Winnipeg Jets at a significant disadvantage as they continue their six-game road trip.

The Panthers’ success this season is validated by some of the top metrics in the NHL.

Florida has the second-best expected goals-for rating at five-on-five, with the most quality opportunities and the second-most scoring chances. Offensive opportunities haven’t come at the expense of defensive structure, as the Panthers rank in the top half of the league in high-danger chances allowed, limiting opponents to the fourth-fewest scoring opportunities.

Solid two-way play has been even more evident over the Panthers’ recent stretch, with Florida outplaying their opponents in six straight games. Their cumulative efforts have resulted in a 63.4% expected goals-for rating over that span, with the Panthers posting ratings above 60% in four of the six matchups and above 70% in two of those.

The Jets don’t have the system to limit the Panthers, which will cause some issues Friday.

Winnipeg has allowed 10 or more high-danger chances in all but two of their past 17 games, getting out-chanced in 12 of those contests. Poor defensive zone coverage has plagued the Jets all season, as they have given up the fourth-most quality chances this year.

That’s a big hole to dig themselves out of against one of the best teams in the league.

Winnipeg is coming off a pair of wins against subpar teams but will come back to reality against the Panthers. Florida has a dynamic offense that will do laps around the Jets in their own end.

This one could get ugly.