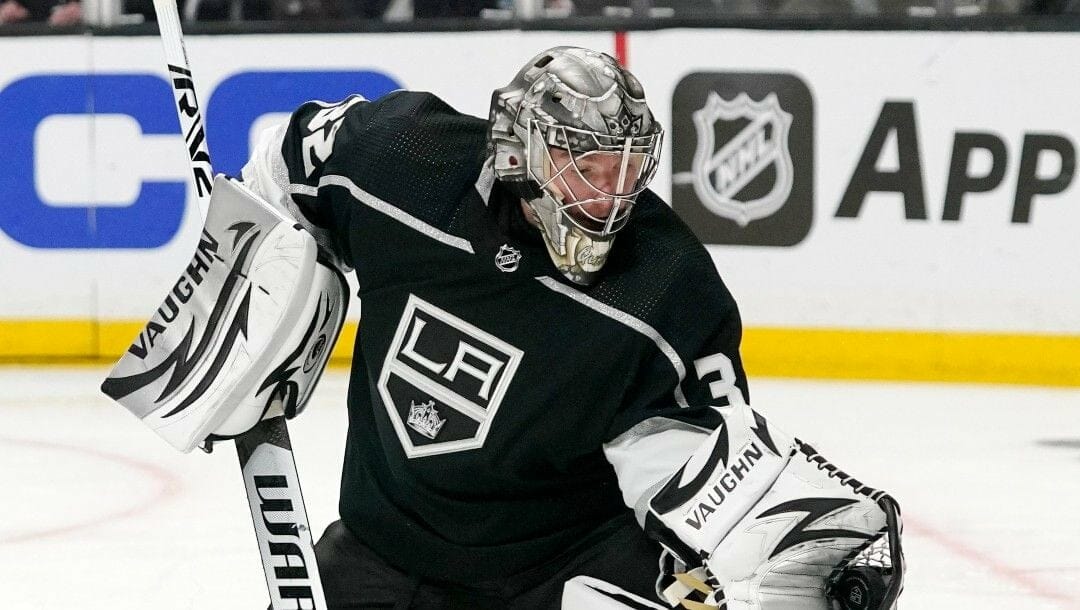 The opening-round series between the Edmonton Oilers and Los Angeles Kings has been a story of Jekyll and Hyde. Both teams have ridden superb efforts to victories, but have put up unacceptable performances in their losses. The Kings evened the series on Sunday night, turning this Western Conference Quarterfinal into a best-of-three.

NHL playoff odds have the Oilers as -250 to win the series.

Jonathan Quick put together a vintage performance in Game 4. Still, unless he can string together a few shutouts, it may not be enough to compensate for the LA’s defensive shortcomings.

Here are some NHL betting picks and analysis for Tuesday’s Game 5.

Quick has looked outstanding in the Kings’ two wins this series despite Edmonton’s relentless attack.

On Sunday, the veteran netminder recorded his first playoff shutout since the 2014 Stanley Cup Final, blanking the Oilers’ prolific attack. In his two wins, Quick has a 95.7% save percentage; in his two losses, it drops to 81.1%. Quick’s save percentage will balance out over the coming games, with less variability between starts. As that happens, the Kings’ chances of winning deteriorate.

Even though L.A. shut out the Oilers in Game 4, they couldn’t contain Edmonton’s scoring opportunities, as they finished the game with 31 scoring and 16 high-danger chances at five-on-five, making it three of four contests with at least 11 quality opportunities.

As expected, those metrics look even worse across all strengths where the Oilers’ powerplay unit has room to operate. Edmonton has attempted no fewer than 13 high-danger chances in a game with a rolling average of 18.3.

The Oilers’ offensive performances have shifted the expected goals-for ratings in their favor. Edmonton has posted a series rating of 55.3% at five-on-five and 52.5% across all strengths while outplaying their Pacific Division counterparts in three of four games.

Edmonton’s best chance to win this series comes on home ice, where they can use their line matchups to deploy their top scorers under the most opportune circumstances.

The Kings have relied on Quick too much for wins and have shown no signs of slowing down the Oilers’ attack. Game 5 is Edmonton’s to lose and I don’t expect them to disappoint.