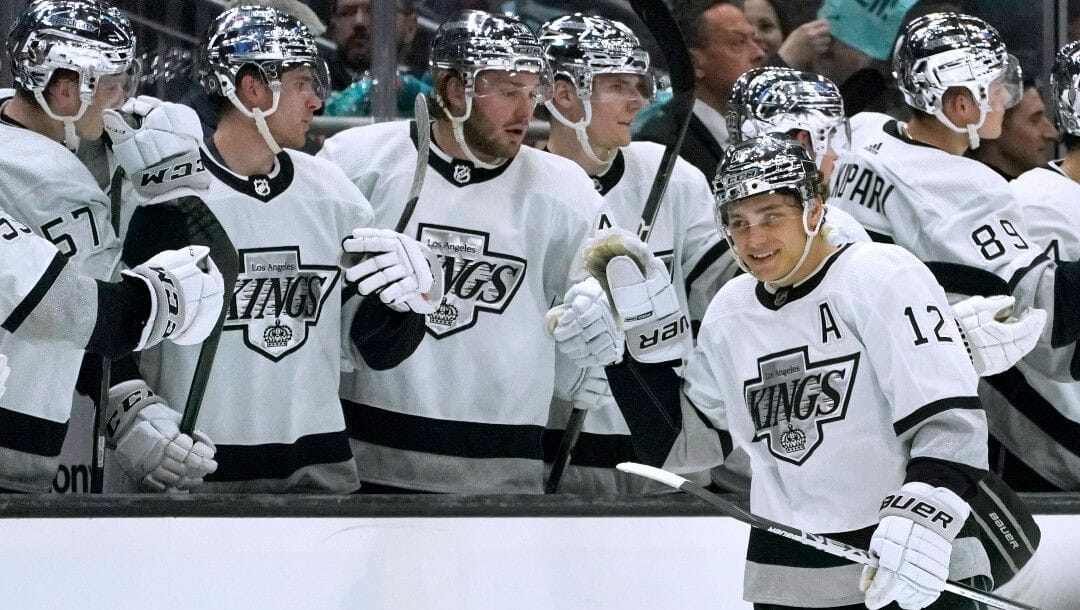 The first round of the NHL playoffs are underway and what a time it is for NHL betting.

If there’s one lesson that Edmonton Oilers should have learned from their Game 1 loss to the Los Angeles Kings, it should be the importance of having Mike Smith stay in the net. Smith’s puck-handling blunder resulted in L.A.’s fourth and deciding goal, sealing the Oilers’ fate on Monday night.

Still, a few concerning metrics arose from the contest that Edmonton will need to address if it has any hope of leveling the playing field before heading back to Los Angeles.

Here are some NHL betting picks and analysis for Wednesday’s Game 2.

The Kings neutralized the Oilers’ attack, limiting the home side to 20 scoring and six high-danger chances in Game 1. Consequently, LA dominated play, out-chanced the Oilers in quality opportunities, outscored them 4-1 at five-on-five, and posted an expected goals-for rating of 56.8%.

For the Oilers to be successful, they need to find a way to capitalize at five-on-five and avoid relying on powerplay scoring. Head coach Jay Woodcroft helped solve some of the Oilers’ scoring woes in the regular season but adapting their system in the playoffs will be an even bigger challenge.

The veteran netminder is stopping 93.5% of shots in winning six straight decisions and has a proven playoff pedigree. The former Conn Smythe Trophy winner is insulated in L.A.’s defensive shell, which could facilitate his elevated play.

The Oilers have a history of falling flat on their faces in the postseason and Game 1 did little to quell that reputation.

In last season’s playoffs, Edmonton scored just one goal through the first two games on home ice, en route to getting swept by the Winnipeg Jets. The Oilers have been limited to seven goals at five-on-five across their past five playoff games, failing to outscore their opponents in every contest. Edmonton will have to get out of its own way if they hope to move on.

It’s too early to sound the alarms for the Oilers, but their performance in Game 1 has been a common refrain.

The Kings are comfortable playing a tight-checking style, making it hard for the Oilers to breakthrough in Game 2. That could lead to an overtime game on Wednesday night as the Oilers try to pull even at one game apiece.