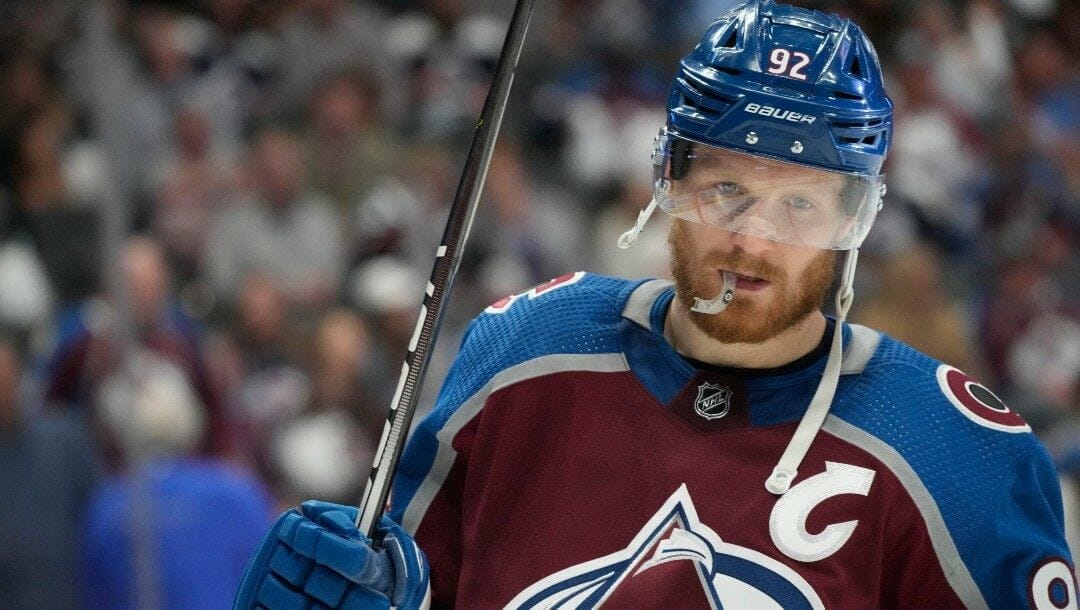 The Colorado Avalanche scored three first-period goals and withstood a spirited Tampa Bay comeback to outlast the Lightning 4-3 in overtime of Game 1.

NHL betting lines expectedly shifted after Colorado’s Game 1 victory, placing the 13-2 Avs as -286 favorites to win the Stanley Cup. NHL playoff odds have the Lightning as +225 underdogs to overturn the one-game deficit and win their third Stanley Cup in as many years.

The Avs started Game 1 as if it were a do-or-die scenario, like their chances of winning the Stanley Cup depended entirely on the opening 20 minutes. And maybe they did.

Colorado outshot the Lightning 15-8 in the opening stanza and had three goals to show for their dominance. Had it not been for a slightly soft Anthony Cirelli penalty that led to the Avs’ 5-on-3 power-play goal, the Lightning may have escaped the first frame down by only one.

In true top-contender fashion, the Avs punished Cirelli and the Lightning for their momentary indiscipline. It was precisely the start Jared Bednar’s team and the home fans were hoping for.

The Lightning settled down in the second period and scored two unanswered goals, but were unable to find the winner.

Full value for the Game 1 win, Colorado fired 38 shots on Andrei Vasilevskiy, who recovered well after letting one slip through his five-hole for the first time in the playoffs. Vasilevskiy’s .895 save percentage is somewhat misleading and doesn’t reflect how well he played, especially after conceding the third goal.

Colorado’s sensational start and opportunistic nature with the man advantage was the difference in Game 1. Staying out of the box was a key Lightning imperative before the Stanley Cup Final commenced.

For the most part in Game 1, Tampa Bay abided by that fundamental principle. They only took three penalties all game. Unfortunately, two came in short succession, gifting the playoff’s second-best power-play a 5-on-3 opportunity.

Say it with us:

One thing that has made the Lightning so successful over the last three seasons is their ability to not only bounce back but to learn from past mistakes and never repeat them. Don’t expect to see another Colorado two-man advantage for the remainder of the series.

Brayden Point had one assist, played 17:59, and didn’t register a shot on goal in his return to Tampa’s lineup. It was a relatively tepid outing in terms of his lofty expectations, but an expected one considering his month-long injury absence.

Point will get much better once he finds his legs, probably as soon as Game 2. Not only will Point contribute much more offensively when he gets back up to speed, but he’ll also concurrently galvanize his entire team.

The Lightning have lost three of the four games to open a series in the 2022 playoffs. Vasilevskiy, who is 1-3 with a swollen 3.99 goals-against average, and his team have been uncharacteristically poor in opening games.

Their inability to get started on the right foot won’t disparage the back-to-back champions, which is underscored by the eye-popping analytical contrast between Game 1 and Games 2 through 7.

Both goalies endured negative goals saved above expected numbers in Wednesday’s opener. Vasilevskiy finished at -0.52, while Darcy Kuemper was slightly worse, at -0.75.

It’s another trend that will be short-lived, maybe not in Kuemper’s case, but certainly in respect to last season’s Conn Smythe winner.

The Lightning will place a heavy focus on their start for Game 2. They must do whatever is required to deflate a raucous Colorado home fan base. Keeping the explosive, irrepressible home side off the scoresheet in the opening 20 minutes will be Cooper’s first objective.

The Lightning will be fully aware of Colorado’s perfect 7-0 away postseason record and, on the back of a performance reflecting that heightened sense of urgency, should prevail in Game 2 and return to Tampa with an all-important split.