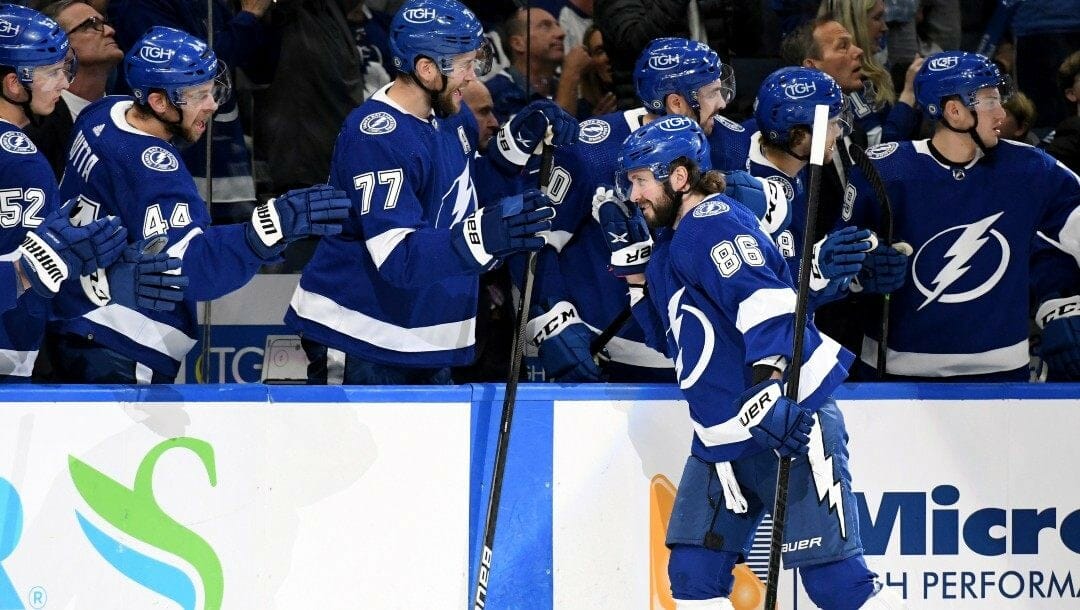 The regular season is coming to an end, but that just means the NHL betting now shifts to the playoffs and Stanley Cup odds.

Two teams who more than likely will be in the playoffs — the Lightning and Capitals — will face off Wednesday night.

Here’s some analysis of the matchup and a prediction.

When you have skilled players like the Capitals do, you don’t need to create many chances to generate offense. But, their production has been worrisome lately.

On average, the Caps attempt 8.3 high-danger opportunities at five-on-five this season; however, their metrics have taken a turn for the worse.

Washington has attempted seven or fewer quality chances in four of their past seven games. Limited production has had a negative impact on scoring, with the Capitals recording more than two goals just three times over that span.

The Lightning are trending in the opposite direction with their production metrics, amplifying their offensive efforts recently.

Tampa has attempted 12 or more high-danger and 29 or more scoring chances in five of their past six games, averaging 13.3 and 31.7, respectively, per game.

Improved offensive efficiency has had the profound impact we would expect on their output, with the Bolts putting up below average shooting percentages in three of their six games.

The Caps aren’t putting up the production metrics to keep pace with the Lightning.

Tampa is operating efficiently, but output hasn’t caught up with their production, implying that the Bolts are due for an offensive surge.

That should be the difference between these teams Wednesday, as the Lightning use their improved offense to pull away from a Caps team that is failing to get anything going.

The Bolts are worth the road chalk.