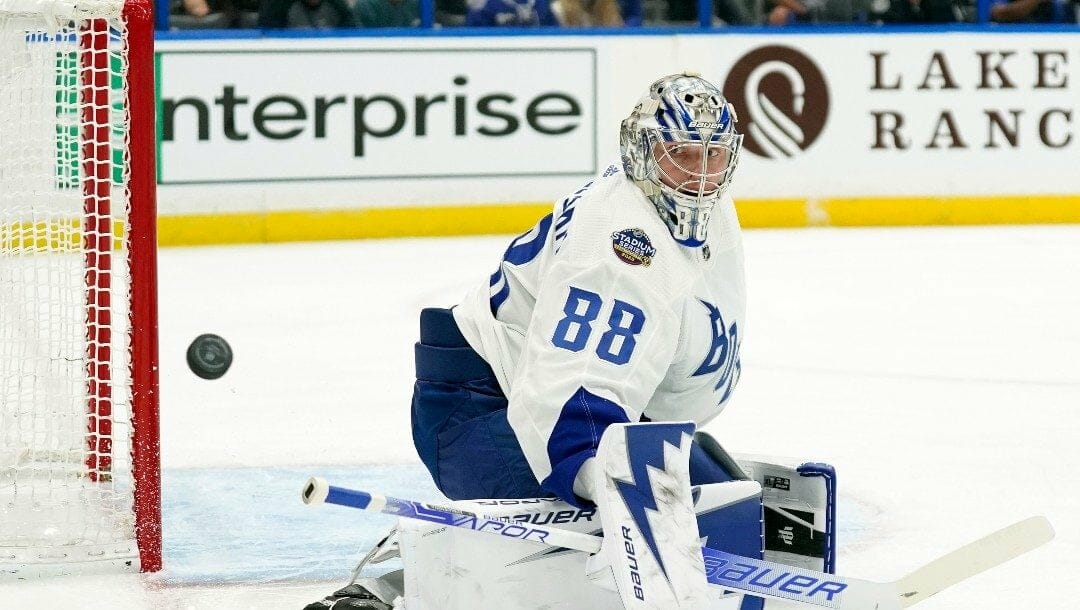 It’s a loaded slate in the NHL on Tuesday with 11 total games, providing plenty of opportunities for some NHL betting.

The Tampa Bay Lightning-Carolina Hurricanes matchup is one of the better games of the day. The Lightning are fifth in the Eastern Conference and have won two of their past three games, while the Hurricanes are second in the East, but have dropped four straight.

Below are a few NHL betting picks and analysis for the Lightning-Hurricanes matchup.

Despite winning two of their three games, the Lightning have also lost four of six, so they have been inconsistent lately.

Tampa Bay’s previous game was a 2-1 loss to the New York Rangers, where Brayden Point opened the scoring, but the offense stopped there. Steven Stamkos leads the team in scoring with 27 goals and 39 assists.

Meanwhile, the Hurricanes have stayed near the top of the standings despite their four-game skid. They’re also coming off a loss to the Rangers, a 2-0 shutout with Frederik Andersen in net for his second straight loss. Sebastian Aho leads Carolina with 27 goals and 34 assists.

Tampa Bay is eighth in NHL scoring, averaging 3.33 goals per game, and Carolina is 12th with 3.26. Even though the Hurricanes’ offense has been lagging, they’re the best defensive team in the league. Carolina is first in opponent scoring, allowing only 2.37 goals per game, while the Lightning are ninth with 2.79.

Some trends to watch are the Under is 5-0 in the Lightning’s past five games and 4-0 in their past four road games. However, the total is set at 5.5 and these are two strong teams.

The trends point to taking the Under, but at 5.5, I think we have to go with the Over. If it were at six or 6.5, I’d probably suggest the Under.

Anytime you can get the Lightning as an underdog, I think it’s a worthwhile bet.

Tampa Bay is entirely healthy and the Hurricanes are sputtering right now. You can’t keep good teams down for long and Carolina is a good team, but if there’s a time to bet against them this year, it’s now.