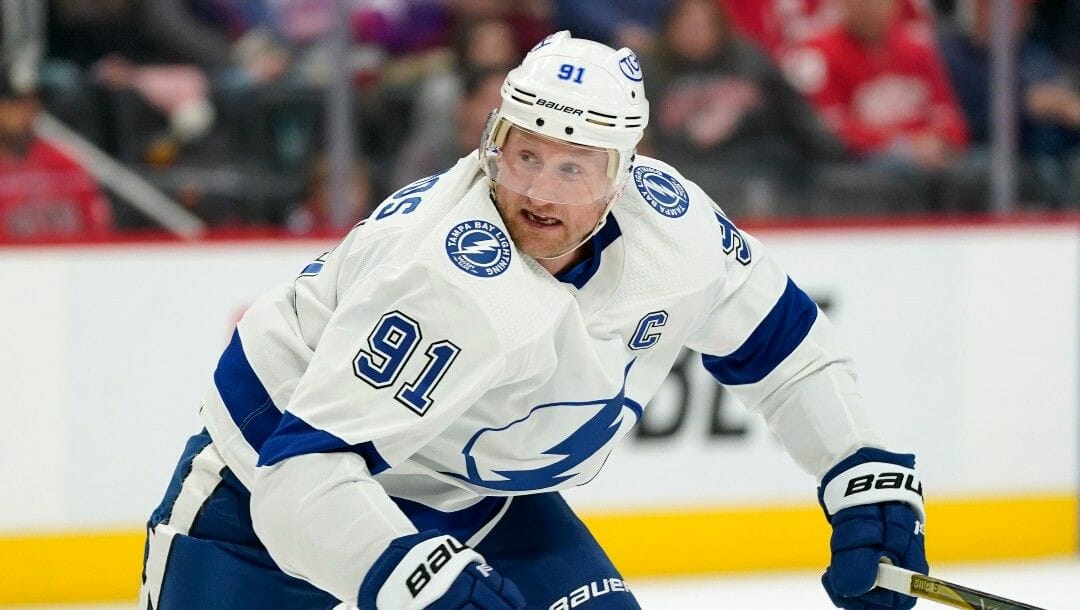 There are nine NHL games scheduled for Tuesday, so plenty of opportunities for ice hockey betting.

One game features the Carolina Hurricanes taking on the Tampa Bay Lightning.

The Hurricanes are three points behind the Avalanche in the Presidents’ Trophy race, while the Lightning are fifth in the East, one point ahead of the Maple Leafs and Bruins.

The Hurricanes are first in the Eastern Conference and have won three of their past four games.

Before this four-game stretch, the Canes tumbled a bit, losing four straight. However, they have a goal differential of plus-10 over their past two games. They’re coming off a 6-1 win over the Washington Capitals, where Martin Necas had two goals and an assist. Sebastian Aho leads the team with 29 goals and 36 assists.

Meanwhile, the Lightning have won two straight after dropping their previous three games.

Tampa Bay is coming off a 4-1 win over the New York Islanders, where Mikhail Sergachev had a goal and an assist. Steven Stamkos leads the Lightning with 29 goals and 41 assists. Victor Hedman is fourth in the NHL among defensemen with 18 goals and 45 assists.

Carolina is eighth in NHL scoring, averaging 3.35 goals per game and Tampa Bay is 10th with 3.28. The Canes have the best defense in the league, allowing only 2.35 goals per night, while the Bolts are seventh with 2.74.

A couple of trends to watch are the over which is 6-1 in Carolina’s past seven after they’ve scored five or more goals in their previous game. However, the under is 9-0 over Tampa Bay’s past nine games.

The Lightning have done well in the second game of back-to-backs, going 8-0-1 this season.

This one feels like it’s going to be a close game.

Both teams have solid offenses and strong defenses, but we’re so close to the playoffs that they’ll be trying to tighten up their play. If we get plus odds on the best team in the East, I say we take them.

It also doesn’t seem likely that Carolina will continue scoring six and seven goals a night, so the under seems like the right bet here.