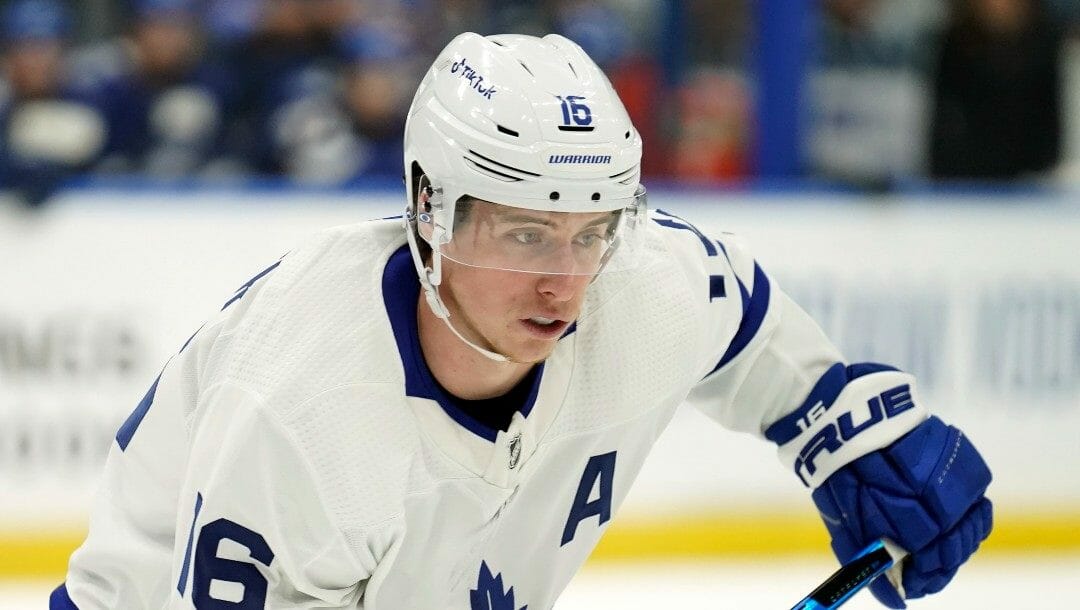 The beat goes on for Tampa Bay after a playoff loss, as the Lightning routed the Maple Leafs 7-3 in Game 4 to even the best-of-seven series at two games apiece.

As the series comes down to a best-of-three, the NHL playoff odds are the same as they were prior to Game 1, with the Leafs as -120 favorites and the Lightning as slim +100 underdogs.

The Lightning and their all-world netminder Andrei Vasilevsk are, since the start of the 2020 playoffs, an immaculate 16-0 following defeat in a postseason game. A testament to Tampa’s collective resilience, it’s a record that defies belief and the odds.

With proceedings shifting back to Toronto, the onus is on both teams to come up with their best outing, as the winner of Game 5 has gone on to advance in 219 of 277 series, a comprehensive 79%.

Almost oxymoronically, the Toronto vs. Tampa Bay series is one of the most evenly matched of all eight playoff duels, even though three of four contests were as lopsided as the two team’s recent juxtaposing playoff tenures.

The analytical similarities are unmistakable, showcasing the uncanny equality between the Atlantic Division rivals.

Through the first four games, Toronto has a five-on-five expected goals total of 7.07, while Tampa is sitting at 7.17. In terms of actual 5-on-5 goals, Toronto has eight and Tampa has six.

The Maple Leafs have a fourth-best shooting percentage of 9.52 and the Lightning are sitting in sixth at 8.97%. Save percentages are also almost identical in five-on-five situations, with Toronto in 11th at 90.48 and Tampa in 14th at 90.48%.

When considering the unbalanced scores from three of the first four encounters, it’s almost eerie to see their 5-on-5 goals-per-60 minutes’ equality. Tampa sits in seventh with 2.65 goals-per 60, while Toronto is one spot better off at 3.02.

Both teams have won the first-period battle twice, while Tampa has won three of four second periods and Toronto has the same edge in third periods.

As if anyone needs reminding of how pivotal the first goal is, the team that scores first has won each of the four games. Toronto and Tampa Bay will not need to be reminded of the one variable that has thus far guaranteed success.

The regular-season series followed a similar path of parity, with almost nothing to choose between the Atlantic Division powerhouses.

The Maple Leafs Dr. Jekyll and Mr. Hyde act will continue on its current course in Game 5, where Toronto’s good side should emerge from the shadows.

Jack Campbell has rebounded well after losses, albeit nowhere nearly as exquisitely as his counterpart at the other end of the rink, and, like his team, should enjoy another bounce-back outing on home ice.

It would be astonishing, considering almost four of five teams that win Game 5 go on to win the series, to see another blowout in Tuesday’s presumed joust.

Expect the back-and-forth trend to continue in Game 5. Take the Maple Leafs in a close, probably high-scoring affair.