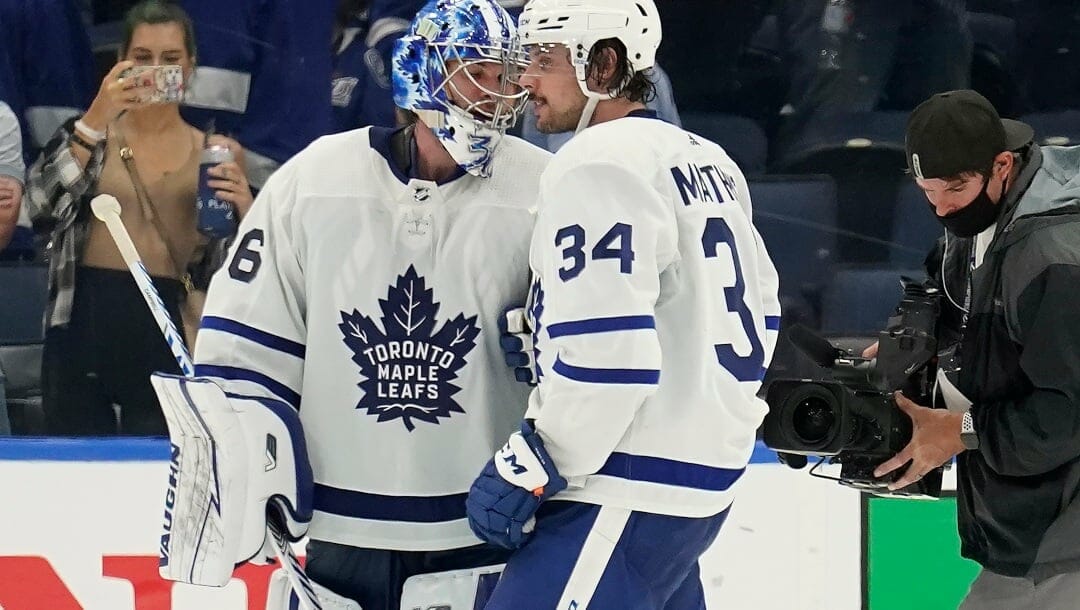 In winning Game 5 at home, the Maple Leafs proved they too have collective resilience and can win a tightly contested playoff battle on the back of a lopsided loss.

As expected, after winning a historically decisive Game 5, the NHL playoff odds for the series have shifted considerably. The Maple Leafs are substantive -370 favorites after starting the series at a marginal -120.

Considering the winner of Game 5 has won 219 of 277 series, it’s no surprise Tampa is presented with an uphill task, as current NHL betting lines have them pegged +280 to overturn the 3-2 deficit.

The theme of each team winning alternate games continued on Tuesday, but how the Maple Leafs triumphed couldn’t be more different.

For the first time in the series, the team that conceded first won. The Maple Leafs also overturned a second-period deficit, another first.

The game was decided by a single goal, capping off notable novelties seen in Game 5.

Toronto settled down after trailing by two going into the first intermission. Jack Campbell, who was pulled after allowing five goals on 16 shots in Game 4, had his best outing of the series, saving 32 of 35 shots for a .914 save percentage.

Other than a third-period, fairly close-range howitzer by Ryan McDonagh, the enigmatic goaltender completely shut down the Lightning, who outshot Toronto 35-25.

Game 6 presents an exciting, challenging and intriguing prospect for both teams.

We’ve spoken about the Lightning and Andrei Vasilevskiy’s flawless 16-0 record after a loss since the start of the 2020 playoffs.

It will take an epic all-around performance for the Maple Leafs to knock the former Vezina winner and defending Cup champions off their sturdy, unshakable pedestal.

The Lightning will fancy their chances at home to send the series to a decisive Game 7, especially considering the Maple Leafs’ recent woes when facing an opportunity to eliminate the opposition.

The Maple Leafs were up 3-2 in their first-round series against Boston in 2019 but couldn’t find a way to win the fourth, most elusive game. Boston eventually outlasted Toronto in seven.

Last year’s playoffs followed an eerily similar script for the Maple Leafs, who were in cruise control with a 3-1 series lead over the Montreal Canadiens. History repeated itself as cruise control was abruptly disrupted. The Maple Leafs lost three in a row and were once again ousted in the first round.

The Maple Leafs’ underdog status for Thursday’s potentially decisive Game 6 is, in conjunction with Tampa’s unblemished record after losing, also thanks to their infamous inability to source a killer instinct.

Going up 3-2 against the defending Stanley Cup champions is one thing, but extinguishing them is more onerous.

Tampa Bay will extend their impeccable record after losing, and the trend of these Atlantic Division rivals alternating wins will continue.

Unlike Game 5 but congruent with Games 1 through 4, the team that scores first, in this case, Tampa, should prevail in a nip-and-tuck, closely contested one-or-two-goal game.

Expect a decisive Game 7 in Toronto on Saturday.