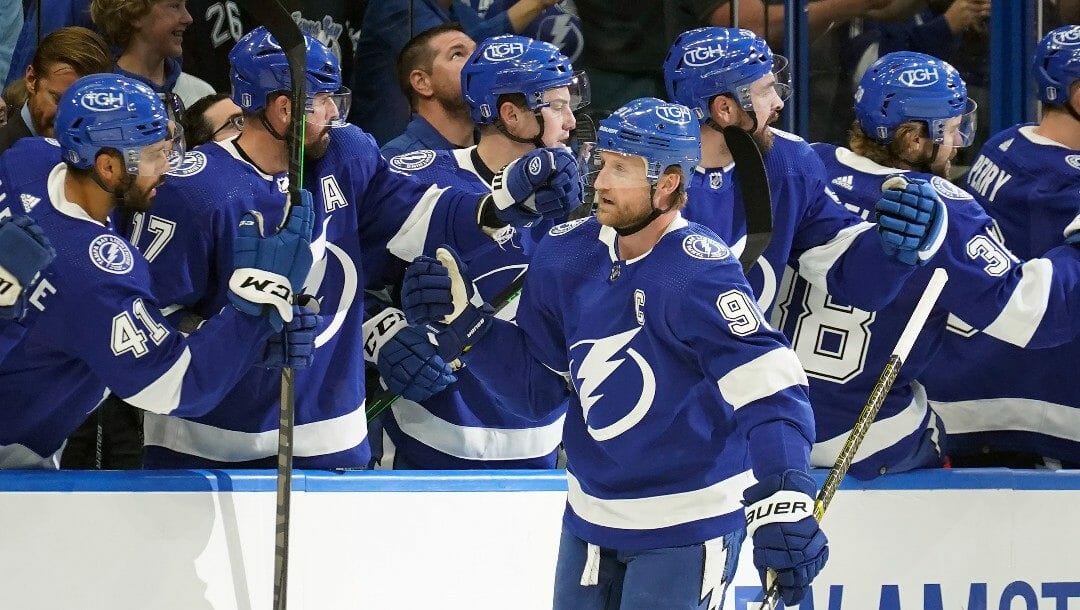 It’s funny how much can change in a year. The Florida Panthers enter the Battle of the Sunshine State as the Presidents’ Cup winners and the NHL betting favorites against a Tampa Bay Lightning team that has won back-to-back Stanley Cups and eliminated them from the playoffs last season.

Below are NHL betting picks and analysis for the Tuesday night matchup.

The Lightning met the Panthers four times in the regular season and were outscored 19-15.

Tampa Bay enters the second round after a tough first-round matchup against the Toronto Maple Leafs that went seven games. Andrei Vasilevskiy was excellent in Game 7 but had an up and down first round with a .897 SV% and a 3.04 GAA. Nikita Kucherov leads the Bolts in scoring with two goals and eight points, with defenseman Victor Hedman is right behind him with seven points.

Tampa will be without Brayden Point for Game 1 due to a lower-body injury. The Lightning also lead the league in hits this postseason with 360.

Meanwhile, the Panthers overcame early struggles with the Washington Capitals to eliminate them in six games.

Carter Verhaeghe is Florida’s unlikely scoring leader. He has six goals and 12 points, including a monster Game 5, where he set a franchise playoff record with five points in a game. Sergei Bobrovsky has been good enough, but the Panthers will probably want more from him playing opposite of Vasilevskiy. He has a .906 SV% and a 2.79 GAA through six postseason games.

The Lightning enter this round as just the sixth franchise to win nine straight playoff series, but they’re up against the best team the Panthers franchise has ever had. This round really is a battle of two heavyweight teams. Florida has one of the deepest talent pools in the NHL right now and Tampa Bay has been the best playoff-performing unit over the past two years.

The first two games will be tone setters for the rest of the series. I expect the Panthers to try and establish their offense early, while the Bolts will try to set a physical tone. Florida should be able to edge out Tampa in Game 1.