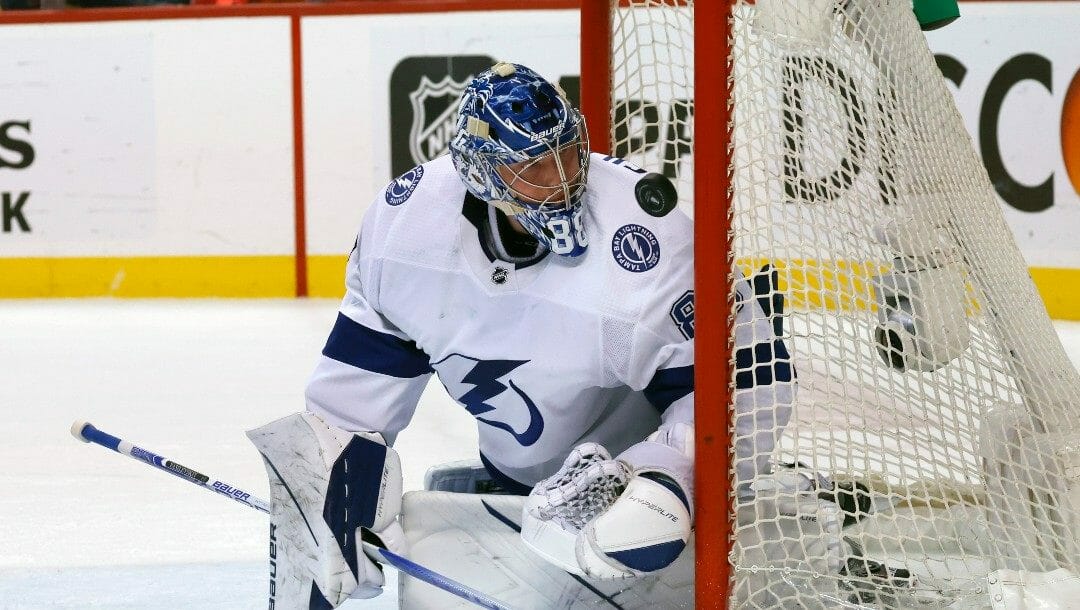 The Tampa Bay Lightning took a 1-0 series lead after beating the Florida Panthers 4-1 in the opening game of their second-round matchup.

NHL betting lines have the Panthers as -155 for Game 2 Thursday night.

The Lightning didn’t statistically overwhelm the Panthers in Game 1. They outshot the Panthers by only two, had the same amount of hits at 30, and won one fewer face-off. However, Tampa Bay had six powerplay opportunities to Florida’s three and blocked five more shots.

Andrei Vasilevskiy was solid in the net, making 33 saves on 34 shots for a .971 SV%. The Lightning continued to get scoring from unlikely sources, as Corey Perry evened the score in the second period with a powerplay marker while Pierre-Edouard Bellemare had the game-winner to start the third.

Ross Colton added another powerplay goal with just over two minutes left to extend the lead. Tampa’s big guns we not unrepresented. Nikita Kucherov scored on the powerplay to make it 3-1 and was assisted by Steven Stamkos and Victor Hedman.

Meanwhile, the Panthers struggled to open the flood gates of their offense. Anthony Duclair kicked off the scoring in the first period, but Florida couldn’t solve Vasilevskiy from there on out. Duclair added a second goal to tie the game at two, but after a review, it was overturned. Sergei Bobrovsky allowed four goals on 36 shots, but three were on the powerplay, so it was hardly his fault.

The Panthers were victims of the whistle and will have to be more disciplined. Florida was also missing Mason Marchment due to a lower-body injury. This loss was the seventh consecutive time the Panthers have dropped Game 1 of a playoff series.

I thought this would be a goalie duel, which was partially correct. Still, if the Panthers want to advance, they cannot take double the penalties of the Lightning, especially with the talent of Tampa Bay’s powerplay.

I expect Florida’s offense to ramp up as we move forward because there is so much skill across its top three lines, but they’ll have to contend with a Tampa Bay squad with vastly superior experience in the postseason.