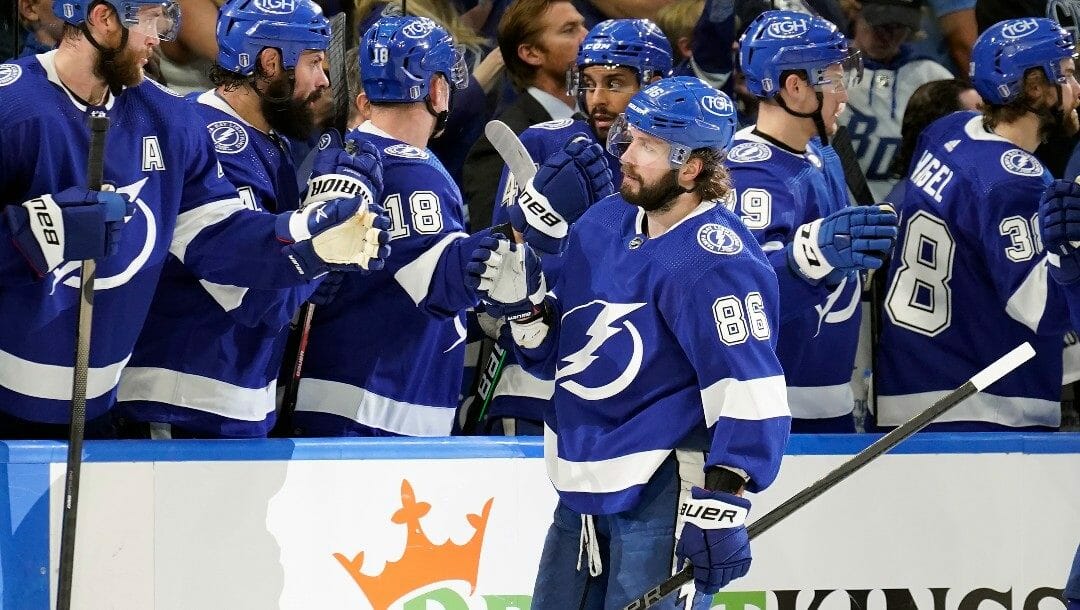 The Battle of the Sunshine State is one of the heavyweights this season. The Tampa Bay Lightning and Florida Panthers met four times in the regular season, with the Panthers going 2-1-1, outscoring the Lightning 19-15.

Below are NHL betting picks and analysis for the second-round series matchup.

Tampa Bay kept its hopes of a three-peat alive with a Game 7 win over the Toronto Maple Leafs.

The Lightning were able to limit the high-powered Leafs to only one goal in that deciding game. Nick Paul was the unlikely hero, scoring twice for Tampa Bay. Nikita Kucherov leads the Bolts in scoring with two goals and eight points with Victor Hedman right behind him with two goals among his seven points.

Andrei Vasilevskiy has been good when it counts but hasn’t had a great playoff thus far. He has a .897 SV% and a 3.04 GAA. The Lightning have been one of the grittier teams through the first round leading the league in hits with 360.

Meanwhile, the Panthers had a rough start to their series with the Washington Capitals. They lost two of the first three games before turning it around and winning three straight.

Florida is one of the few teams that didn’t need a seventh game to pick up a fourth win, beating the Caps in six. Sergei Bobrovsky has been decent but not a world-beater. He has a .906 SV% and a 2.79 GAA through six postseason games. Carter Verhaeghe leads the Panthers in scoring with six goals and 12 points. He had an incredible Game 5, where he scored two goals and added three assists, as he was involved in every Florida goal. Claude Giroux has turned out to be a great trade deadline pickup with his three goals and seven points, second in scoring on the club.

The Panthers’ offense is downright scary. They led the league in goals per game entering the playoffs and through the first round haven’t even got their big guns going. Verhaeghe and Giroux lead an offense that still has Aleksander Barkov, Jonathan Huberdeau, Sam Reinhart, Sam Bennett, Anthony Duclair, Anton Lundell, and Mason Marchment.

It’s hard to bet against a consecutive Stanley Cup-winning team, especially one that has been underrated all season due to injury. The Lightning are fully healthy and have already taken care of one high-powered offense. The problem for the Bolts is the Panthers’ first three lines are easily the deepest in the league.

I’m leaning towards the Panthers, as long as Bobrovsky can keep pace with Vasilevskiy.