Lightning vs. Rangers Series Preview: Who Will Advance to Stanley Cup Final? 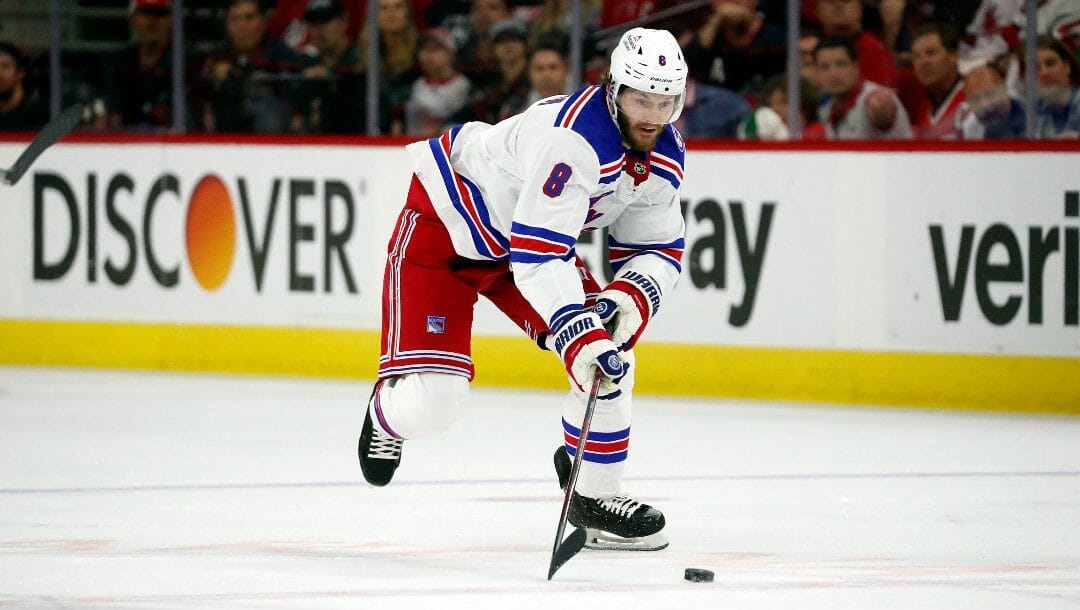 The New York Rangers pulled off the impossible and beat the Carolina Hurricanes at home, and their reward for that feat is a third-round date with the Tampa Bay Lightning.

NHL betting odds have the Lightning as the favorites to win.

Below are NHL betting picks and analyses for the Eastern Conference Finals.

The Lightning are coming into this series more rested than the Rangers. After sweeping the Florida Panthers, Tampa Bay will have over a week’s rest before they hit the ice again, while New York will be two days removed from their seven-game series with Carolina.

Through 11 games, Andrei Vasilevskiy has looked near unbeatable. His .932 save percentage and 2.22 goals-against average lead all goalies that remain in Stanley Cup contention. Nikita Kucherov is tied for sixth in points per game at 1.36 with 15 points in 11 games. Victor Hedman is third in scoring with two goals and ten points among the defensemen remaining. The Lightning have spread their goal-scoring around so much that they don’t have any skaters in the top 10.

The leading goal scorers on Tampa Bay are Ross Colton and Corey Perry, both with five, who are among the team’s bottom-six group of forwards.

Meanwhile, the Rangers are coming off a thrilling seven-game series with the Hurricanes, finally topping Carolina at home. New York will have the home-ice advantage against the Bolts in this series.

Mika Zibanejad leads the Rangers in scoring with seven goals and 19 points through 14 games. Adam Fox leads all defensemen with five goals and 18 points. Among defensemen, his 1.29 points per game trails only Cale Makar of the Colorado Avalanche. Zibanejad and Fox are both riding five-game point streaks with eight points apiece.

Chris Kreider is tied for third in goal-scoring with eight. However, the star of the Rangers’ run has been Igor Shesterkin. He has a .928 SV% and a 2.70 GAA through 14 games and is showing why many consider him the best goalie in the world right now. New York has played the maximum number of games thus far and will likely show a little fatigue early in this series.

This series is going to be a goalie battle for the ages.

Shesterkin looks every bit the best goalie in the league, and Vasilevskiy looked on point against the Panthers. The problem for the Rangers will be that Shesterkin has been their trump card, but Vasilevskiy is capable of equaling his play. New York will have to depend on their stars to keep pace with the two-time defending champs because their goalie is going into a showdown against one of the most consistent performers of the past five years.

Another interesting wrinkle in this series will be the status of Brayden Point, but Tampa Bay will be sure to keep that under wraps.

It’s tough to bet against the back-to-back Stanley Cup champs, especially early in this series, due to how much rest they’ve earned.