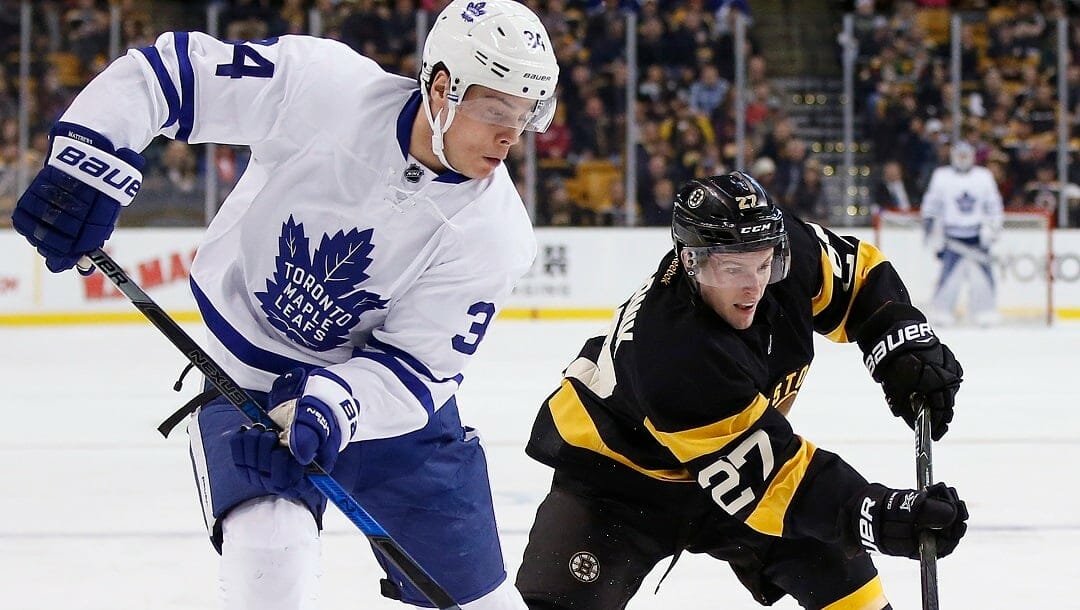 Auston Matthews is set to make history for the Toronto Maple Leafs, and it could happen as soon as tonight in Dallas.

The Maple Leafs are set to visit the Dallas Stars for their third game in their last four nights after blowing a 5-1 lead to the Florida Panthers on Tuesday evening before falling 7-6 in overtime. A quick peek at BetMGM’s NHL lines peg Toronto as a visiting -155 favorite.

NHL odds are a bit of a background concern for this particular game, though, as Matthews has a chance to take over the franchise lead for most goals in a single regular season.

The record is currently owned by Rick Vaive, who posted a 54-goal campaign in 1981-82 for the Maple Leafs. His record has stood untouched since then.

Matthews found the back of the net for three goals on Monday night in Tampa Bay, and although the Leafs still have larger playoff aspirations in mind, there is no doubt that this historic run for the center is getting people’s attention all around the hockey world.

Matthews is currently at the top of the NHL odds market to win the Hart Memorial Trophy this season. His current price is +100 to take home the award.

Connor McDavid of the Edmonton Oilers is still in the race +225, and there is a chance he can go on one of his crazy runs to finish the season and challenge Matthews.

That said, the trophy is Matthews’ to lose, and that bodes well if you have an interest in keeping tabs on some of the NHL’s most talented players.

“I couldn’t think of a better person…”

The only thing going against the Leafs center right now is that he has missed some games this season. It’s easy to make a case that, if Matthews had been healthy for the entire season, he’d already have surpassed the 60-goal plateau and all but locked up this precious award.

Even with the missed team, Matthews is likely closing in on the prestigious Hart Trophy while breaking a long-standing franchise record along the way.