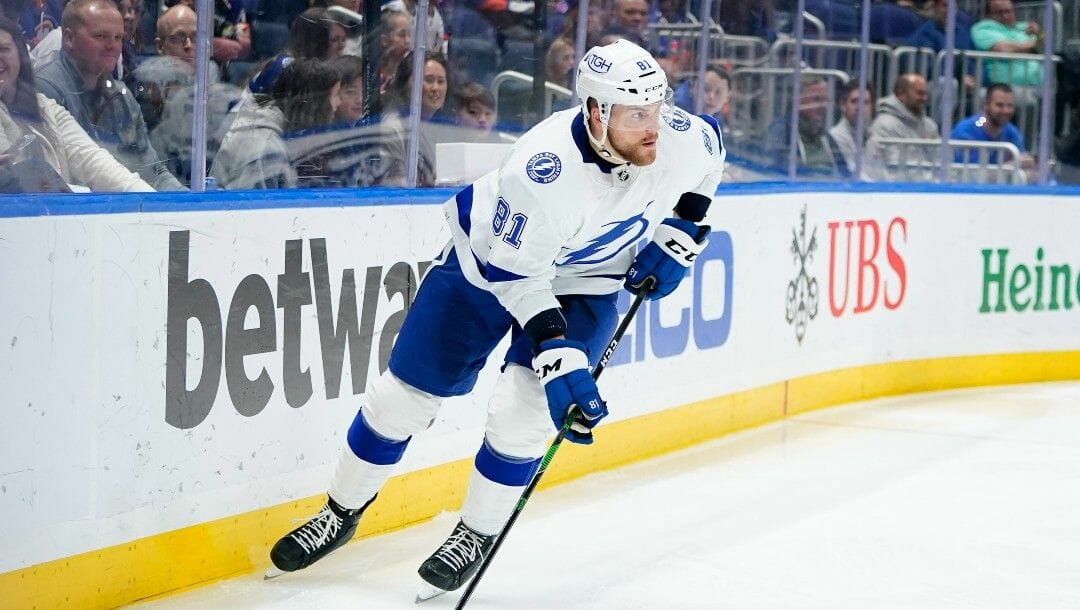 The Lightning evened the series with a 5-3 win in Game 2 as proceedings now shift to sunny Tampa Bay for Friday’s Game 3 clash.

NHL playoff odds have the Lightning as slim -115 favorites going into Game 3.

It’s no surprise the defending Stanley Cup champions conjured a redemptive performance, turning this series into a best-of-five. Andrei Vasilevskiy unsurprisingly extended his flawless playoff record during the team’s two Stanley Cup runs to 15-0 in games following a loss.

Below are some NHL betting picks and analysis for Friday’s Game 3.

Game 2 looked more lopsided than it was.

Tampa got the all-important first goal, which has proven critical in every NHL playoff series. The team that scores first is 15-1, a staggering stat underpinning just how hard it is to come back thus far in the 2022 playoffs.

Don’t be surprised if that trend continues, such is the incomparable level of parity on show in the early stages of the 2022 playoffs.

The back-to-back champions had the eighth-best efficiency with the man advantage during the regular season and caught fire at precisely the right time, boasting the best power-play from March 10 onward, scoring at a frightening 30.2% clip.

In a rare reversal of the trend, Tampa struggled mightily with the man advantage in Game 1, not only failing to score on five attempts but also enduring a woeful two-man advantage that shifted the momentum in the Maple Leafs’ favor.

The uncharacteristic poor display in the opener would have irritated a Tampa team that usually makes opponents pay for their indiscipline, which is precisely what transpired in Game 2.

Their bounce-back performance in Game 2 extended to the power-play, where the Lightning were 3-for-7.

Vasilevskiy was dialed in and made some timely saves when the Lightning were up by a single goal. After the Lightning broke the game wide open, there was no way back for the Maple Leafs.

This series is so far an extension of their regular season battles.

In the four regular-season encounters, each team had a blowout victory, while Jack Campbell and Vasilevskiy both endured stinikers. Overall, each team won two games, one at home and one on the road.

Vasilevskiy was mediocre at best in Game 1 and Campbell emulated that middling performance in Game 2. When you take Toronto’s two late consolation goals out of the equation, each team by all intents and purposes has a blowout victory.

Expect each game for the rest of the series to be much closer, resembling the other two regular-season contests.

Special teams will continue to play a pivotal role in deciding the intense, parity-laden series.

Look for the Maple Leafs to score first and redeem themselves in Game 3, coming away with a one-goal victory.