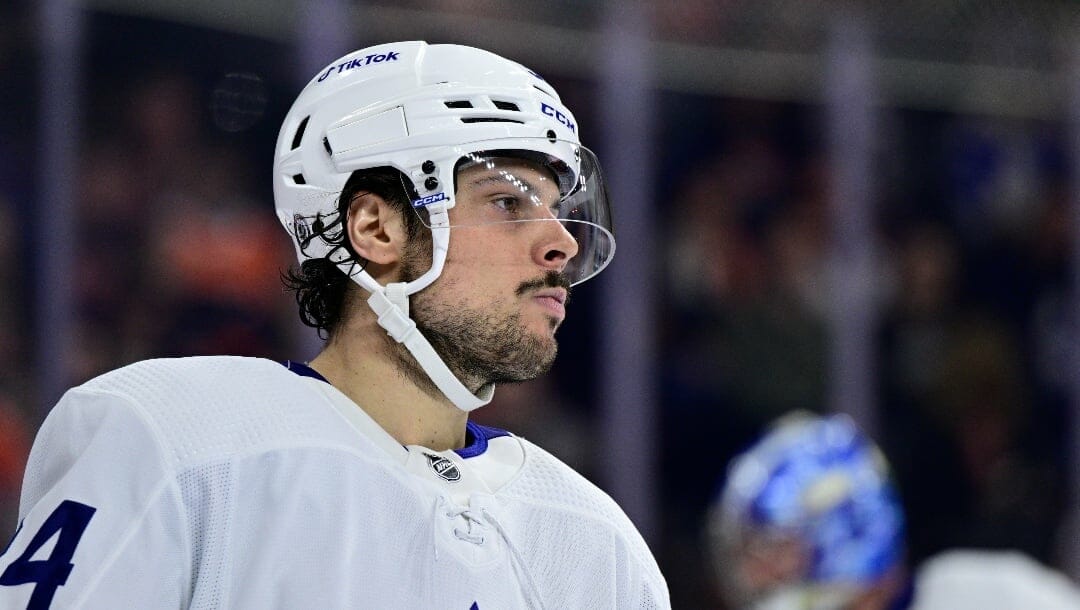 Less than a week remains in the 2021-22 NHL regular season, which means it’s time to assess team and individual performances, with an eye on the upcoming playoffs and potential award winners.

One name keeps being brought up more than any other: Auston Matthews. The 24-year-old is the favorite in NHL odds for the Hart Trophy, the NHL’s most valuable player award.

The former Rookie of the Year has a career-best 58 goals and 103 points with three games remaining, leading the league in tallies. Matthews’ effort is analogous to the team performance, as the Toronto Maple Leafs set a franchise record for points in the season.

Despite the new benchmarks, Matthews is not solely responsible for Toronto’s historic season. We’ve seen the Leafs thrive without Matthews in the lineup, going 6-2-0 without their MVP candidate.

That’s been the case throughout Matthews’s tenure with the Leafs, as the team is 29-15-2 without their former first overall selection. Moreover, his analytics, although elite, aren’t light years ahead of his competitors. In fact, Matthews isn’t leading any other statistic or metric other than goals.

The Leafs are loaded with talent, so even when taking away their best player they continue to accomplish great things, which isn’t the case with other teams. Some players are more valuable to their teams than Matthews is to the Leafs.

Roman Josi is having an MVP-caliber campaign. The defenseman does everything for the Nashville Predators, playing across all strengths and leading his team in points, ice-time, shots, and blocked shots. Josi does it all on both ends of the ice and it will be a long time before we see another season like the one he is having. Undeniably, Josi is the most valuable to his team and a worthy Hart Trophy nominee.

If Josi played in a bigger market or north of the border, we would be having a more concrete discussion about his MVP chances.

There is an argument to be made that Johnny Gaudreau, who is out-pacing Matthews by eight points and helped the Calgary Flames to a division title, is more valuable to the Flames than Matthews is to the Leafs.

Yet, Gaudreau’s credentials aren’t mentioned in the most valuable player conversation.

Once again, Connor McDavid is leading the league in scoring and expected goals-for rating across all strengths. However, he’s fallen off his otherworldly scoring pace from last season. Although he remains the league leader in several notable categories, his performance has taken a hit relative to how good we’ve seen him.

McDavid  isn’t being discussed as a potential three-time winner.

That’s without even considering what guys like Jonathan Huberdeau, Alexander Ovechkin, and Igor Shesterkin are doing for their respective clubs.

Almost certainly, Matthews will collect the first MVP of his career this season. Still, there are players who are accomplishing more than he is and who mean more to their teams than Matthews does to the Leafs. We need to acknowledge that this year’s Hart race has more legitimate candidates than any other in recent memory even though it hasn’t played out as such.

Matthews isn’t the runaway Hart Trophy favorite that we’re making him out to be.