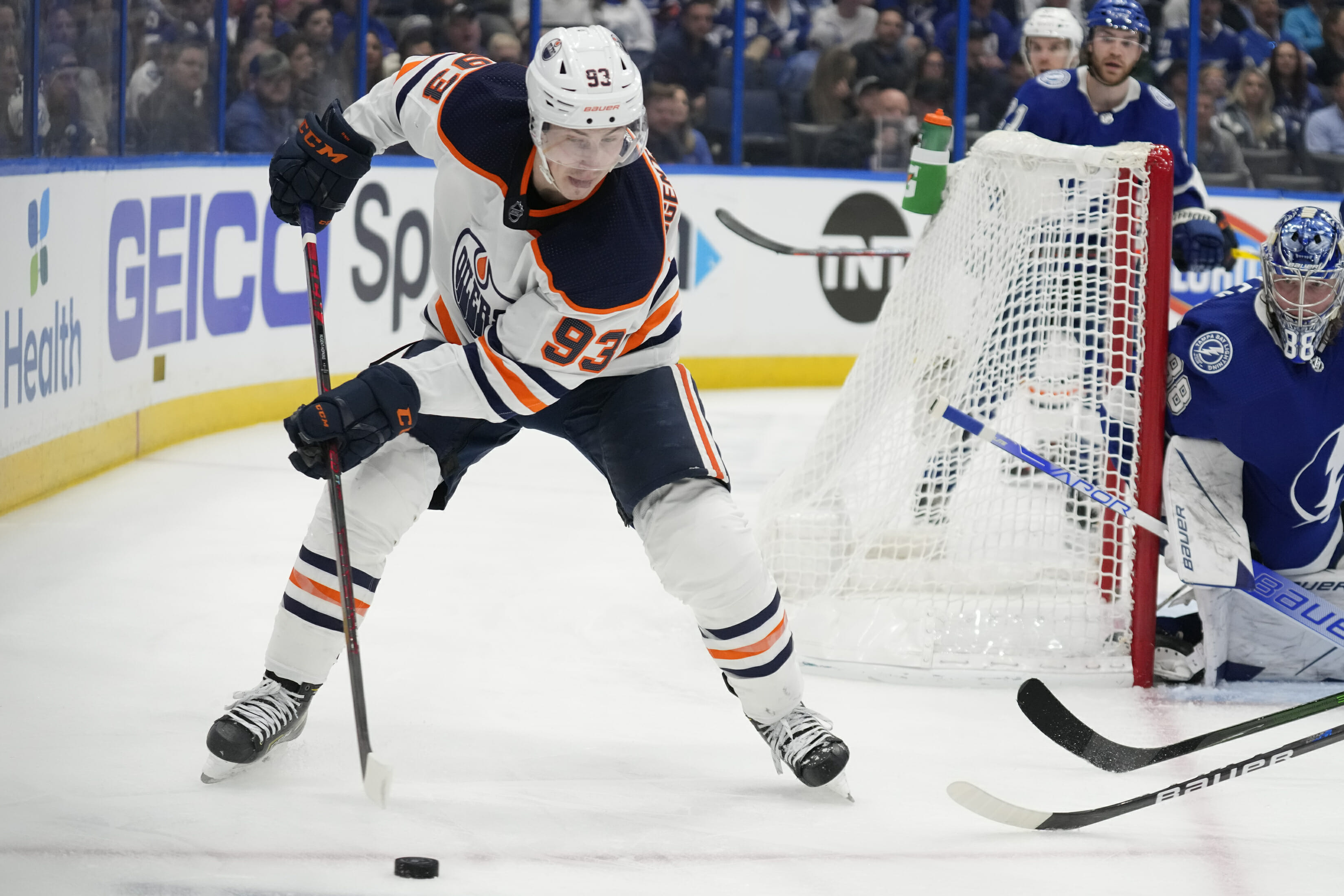 With five games scheduled for Monday, many will be taking a look at the NHL betting lines for individual matchups, but don’t forget about player prop bets.

These sometimes fly under the radar with NHL betting.

Last weekend was loaded with high-scoring action and we’re anticipating more of the same Monday. We’re sifting through a modest five-game schedule, identifying our favorite player props ahead of the action for some NHL best bets.

A couple of teams find themselves in ideal betting spots as they host inferior opponents and we’re highlighting two players who present value as any time goal scorers.

The offensive taps are wide open with the Edmonton Oilers and they’ve shown no signs of slowing down.

As a team, the Oilers have scored four or more in seven of their past nine games and have the underlying metrics supporting ongoing success. Since he’s been back, we’ve seen good things from Ryan Nugent-Hopkins, which is why we’re highlighting Nuge as an any-time goal scorer.

Edmonton’s offense is operating smoothly right now, attempting 10 or more high-danger chances in eight of their past nine. Those efforts could be amplified against an Arizona Coyotes squad falling apart at the seams. The Desert Dogs have allowed 10 or more quality opportunities in all but one of their past nine outings, with a rolling average of 13.7 per game.

NHL schedulers did them no favors ahead of Monday night’s contest, as this is the second night of a back-to-back while playing their third game in four nights. The Yotes were in Alberta, where they took on the Flames on Friday before they traveled to Winnipeg, Manitoba Sunday, and then back in Alberta against the Oilers Monday.

Scheduling issues put the Coyotes at an even more considerable disadvantage against the Oilers.

It’s only been two games, but Nugent-Hopkins has shown that he’s up to game speed.

The former No. 1 overall selection had seven shots in his first game back and attempted three more against the Flames on Saturday night with one goal to go along with his three assists. Nuge spends time with Connor McDavid and Leon Draisaitl, elevating his offensive ceiling.

We’re betting Nugent-Hopkins finds the back of the net again on Monday.

It’s not every day the Chicago Blackhawks get to host a team sitting below them in the NHL standings, but that’s the position they find themselves in when the Buffalo Sabres come to town Monday.

That coincides with improved Hawks efforts, leaving an edge in supporting Chicago in this matchup. Specifically, we’re highlighting Patrick Kane’s value as an any-time goal scorer.

Kane is flourishing right now, recording nine points over the past four games. That correlates with improved play as a team, as the Hawks have attempted 10 or more high-danger chances in four straight, averaging 12.5 quality opportunities per game. The former Hart Trophy winner has only two goals over that span, but he’s amplified his production metrics over his past couple of outings, directing nine shots on target.

The Sabres are trending in the wrong direction, giving up eight goals on 71 shots over their previous two games. Worse, they’ve had no answer for opponents in their own end, giving up 64 scoring and 31 high-danger chances across all strengths in those games.

The advanced metrics suggest that Kane and the Hawks continue their onslaught against Buffalo. We’re backing him at +160 to get one past the Sabres.